You agree not to post any abusive, obscene, vulgar, slanderous, hateful, threatening, *-oriented or any other material that may violate any applicable laws. Doing so may lead to you being immediately and permanently banned (and your service provider being informed). The IP address of all posts is recorded to aid in enforcing these conditions. You agree that the webmaster, administrator and moderators of this forum have the right to remove, edit, move or close any topic at any time they see fit.
Post Reply
26 posts

RG, I agree with what you say here.
In the middle of things right now.
Will respond later this evening.
I find the Crannied Wall statue charming, subjectively speaking.
Top

Mr Wright may have disliked the Parthenon et al as models for America, but that Europhobia (?) didn't extend to the the Winged Victory (or Nike)of Samothrace, which appeared at various scales in multiple early works . . .

First, in all I'm about to say I have no original thoughts. Everything, everything, comes from reading other people.
Less than one year ago I had no idea of the 1862 Dakota Uprising or the Mankato Execution. A friend here in Black Mountain who grew up in Mankato and went through the public schools there before entering Duke In Durham NC, was listening to a podcast in 2019 and only then learned of the Mankato Massacre and told me.
I don't bring this up, as the kids these day say, to throw shade on Wright. It is strong testimony to how tenacious an accepted given world picture can be that somebody like Wright, with revolutionary aspirations, can unintentionally pass over critical contradictions. Wright was simply hunkered down doing what he loved. And like you say he was not directly responsible for any of that - period.
Wright is a major world historical figure, so nevertheless his example is to a small degree typical and does in my mind raise the issue. Not speaking with moral judgement here the question presents itself: how is it that major thinkers of the West going back at least as far as the Enlightenment can advocate as absolutely primary in their thought human freedom as an inalienable right, while on the other hand accepting large scale colonial slavery and land conquest as a given part of the world-just a matter of course? How did they (or did they?) resolve this within their "logical consciousness"?
For figures of the past it is more understandable, though still perplexing. Yet the persistence through to today by writers who are aware of these facts, while still promoting uncritically histories of the West as coherent stories of human freedom - that is what is really at issue for me and most of the writers interested in this subject. Even then, it's much less of a moral issue and much more an issue of method and process - how to think. What got me started on this in the first place regarding Wright was reading how Alofsin jumped over this issue in The Lost Years. It deserved at least a footnote.
What does really really burn my grits however, morally speaking, is the history of the Church in this. Granted I was never a scholar level student but it was only until several months ago, after learning about Mankato and the Sioux people, that I learned about The Treaty of Tordesillas and the Papal Bull that made this a part of Roman Catholic Canon Law! Why maybe, just maybe, did all good people find land conquest and slavery an acceptable part of their given world picture? Research the Treaty of Tordesillas and find out.
I'm in full agreement with you about subjective judgements in regards to matters sculptural and I in no way meant otherwise. It's always been a curious thing for me that those particular statues and Wright's gas station make me wonder how they could come from the same guy that did say, the ravishing and unbuilt G. Bliss McCallum house. Yet this is personal and extremely minor.
Last, my favorite modern sculpture is Barnett Newman's Broken Obelisk. For a guy who thought modern art or at least painting had to be about nothing other than itself, this work breaks those parameters and in my personal view has a symbolic representational power, nothing sentimental or moralizing about it, to stand for the tragedy and promise of the modern world. I'll find a shot and post it.

In my school, the Treaty of Tordesillas was simply referred to as the Line of Demarcation, and dismissed with a scoff. And that was in grade school. The tragedy in Mankato, 200 miles away, was not mentioned at all. (On the other hand, the cause of the Civil War was blamed on slavery exclusively. We had a generic statue of a Union soldier in front of the court house ... even though Pipestone didn't exist until 1876, incorporated 1901. A local boy, named Sweet, had served with honors.)

Organized religion, which dates only as far back as agriculture, the H/G culture not having the means to organize anything more than a hunt, has been, and to an extent remains, the foundation of every culture on Earth. That the Treaty, or indeed the slaughter of beings sincerely believed to be no more human than bison, made perfect sense to the leaders of the day. It may be inarguable that bad behavior at the scale of the Church of Rome (Inquisition, 30-years war, Pius XII capitulation to Hitler) must be dealt with in some way, but the powers of those days saw things very differently. Whatever comes of restitution or acknowledgement today will be slightly off the rails at best. Recall how recently the subject of abortion was not given a thought: it was illegal, and that was that. Things change.

My vote for greatest abstract sculptor would be Louise Nevelson by a mile! (Or is 'sculptress' still current? One never knows these days. I can't figure out which pronouns to use, so I think I shall settle on the neuter: IT!)
Top

Roderick Grant wrote: ↑
Sat Sep 04, 2021 6:12 pm
My vote for greatest abstract sculptor would be Louise Nevelson by a mile! (Or is 'sculptress' still current? One never knows these days. I can't figure out which pronouns to use, so I think I shall settle on the neuter: IT!)

Ah, yes, Louise.
Taken by her work, as a young high-school student, I told myself that maybe one day I might own a Nevelson. Years later, after she was commissioned to design and install a sculpture for the Scottsdale Civic Center, I wrote to her, saying that, as a citizen of Scottsdale, my wish had come true.

Afterwards, Louise had me drive with her to Scottsdale to see her "Atmosphere and Envrironments XVIII, more popularly known as Windows To The West. Today it's one of the most visited sights in Scottsdale.
Top

I remember when Nevelson was a new presence in the art world. Calder was already my favorite living artist, and continued to be so for a while, as I grew. I think my mother, a practicing artist, liked the newcomer more than I did. Both Calder and Nevelson (and many others) exploited a personal formula on the road to success. Perhaps her range was a bit more limited than his---if the two must be compared ?

I mention them here in part because, besides Wright, his first and best subject, Pedro Guerrero photographed Calder and Nevelson too. While color photography might be less important in the recording of Nevelson's work than in most, I suppose there must be at least a few color photos of her and her work ?

Nevelson was a guest on The Dick Cavett Show. It was a hot summer night, but she showed up in her floor-length mink coat, as well as a several layers of false eyelashes. "If you're going to wear them at all, you might as well go all the way." She said a stranger approached her at a gathering, and asked if she remembered him. She asked, "Did you sleep with me?" He said, "No." She responded, "Then I don't know you."

Early in her career, but longer than she expected to be ignored, she dragged the work she had done to a vacant lot next to her brownstone on the Lower East Side, and set fire to them. She got noticed, and it was clear sailing from then on. Modern art is graded in part by the antics of the artists. Henri Rousseau would have had a hard time of it these days.

In 1986, while arranging a house tour for the first full-on conference of the insipient FLWBC, I met then owners of Schindler's wonderful Eliot House. They operated a small boutique publishing firm out of their garage, for which they won an award for the quality of their work. The award was a small (about 18" square) piece by Nevelson, which these days might be worth more than the house.
Top

RG - Gheezus - where did you go to grade school?!
I was thinking last night - you know in some sense Wright may be the only major American artist of his era to even so much as acknowledge Native Americans in his work.
Why did he do that- and how is that expressed in his work outside of the sculptures?
Several things come to mind but I'm just wondering.
Top 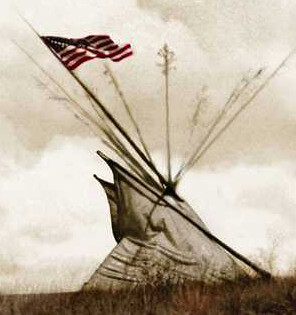 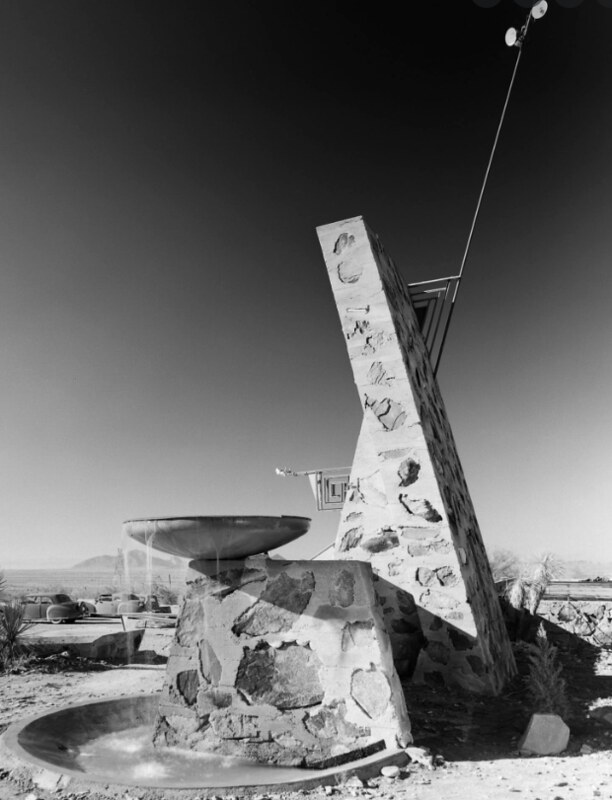 Alofsin begins chapter 5, 'A Lesson in Primitivism', from The Lost Years with the following excerpt from Wright's introduction to Wasmuth:

"The appreciation of beauty on the part of primitive peoples, Mongolian, Indian, Arab, Egyptian, Greek, and Goth was unerring. Because of this, their work is coming home to us to-day, in another and truer Renaissance, to open our eyes that we may cut away the dead wood and brush aside the accumulated rubbish of centuries of false education." FLLW

Strong stuff: "to cut away the dead wood and brush aside the accumulated rubbish of centuries of false education"
Top 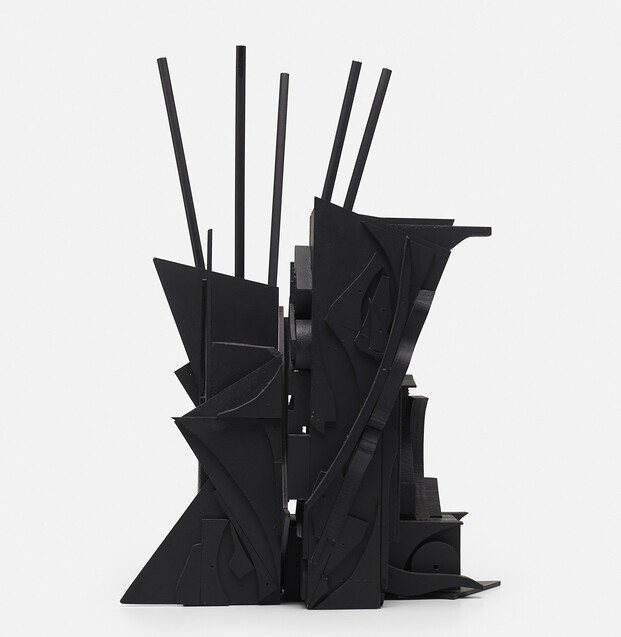