You agree not to post any abusive, obscene, vulgar, slanderous, hateful, threatening, *-oriented or any other material that may violate any applicable laws. Doing so may lead to you being immediately and permanently banned (and your service provider being informed). The IP address of all posts is recorded to aid in enforcing these conditions. You agree that the webmaster, administrator and moderators of this forum have the right to remove, edit, move or close any topic at any time they see fit.
Post Reply
3 posts • Page 1 of 1

(you may need to be a Wall Street Journal member to be able to read the article. But, I've C&P'd the text and picutres below):

"In California’s Silicon Valley, a modern home with a distinctive mahogany and poured concrete facade is coming on the market for $33 million.

Located in Portola Valley, one of the country’s wealthiest towns, the house sits on nearly 4 acres and offers views that stretch all the way to the San Francisco skyline. The more than 8,000-square-foot main house, completed around 2013, tapers down the hillside with large, rectangular walls of glass framed by mahogany. The interior of the large structure has travertine and walnut floors and mahogany wood ceilings. A custom blue sunshade by the entrance was designed to serve as the property’s architectural “exclamation point,” said the owner, Nicole Vidalakis.

Ms. Vidalakis, a psychologist and Utah native, is the daughter of real-estate developer Nick Vidalakis. A longtime fan of Modernist architecture—in particular, the work of architects like John Lautner, Frank Lloyd Wright and Oscar Niemeyer—she purchased the land for about $3.7 million in 2009 and planned a home that would be “like a piece of sculpture that someone happens to live in,” she said.

Ms. Vidalakis has filled the house with mid-century furniture and colorful and quirky art. In a living room, a metallic mannequin rescued from a bankrupt department store reclines on a custom walnut bench designed to look like a series of matchsticks that fold into a curve. A colorful row of smiley faced portraits by artist Donald Baechler are displayed on the wall. In the master suite, 1960s Murano glass chandeliers hang over the Missoni-patterned bed.

“I wanted a house that kept me company so a lot of my art is people. I have a really active imagination,” said Ms. Vidalakis, who might be willing to sell most of the art and furniture with the property if the buyer was interested. “In my opinion, it’s site specific so I would love it if someone appreciated it.”

Ms. Vidalakis said she is selling because she is ready to move on to her next project. “I’ve lived here and it’s fantastic and I’m sad but I don’t want more than one boyfriend,” she joked. “I’m the kind of person who’s into whoever I’m with.”

Write to Katherine Clarke at katherine.clarke@wsj.com" 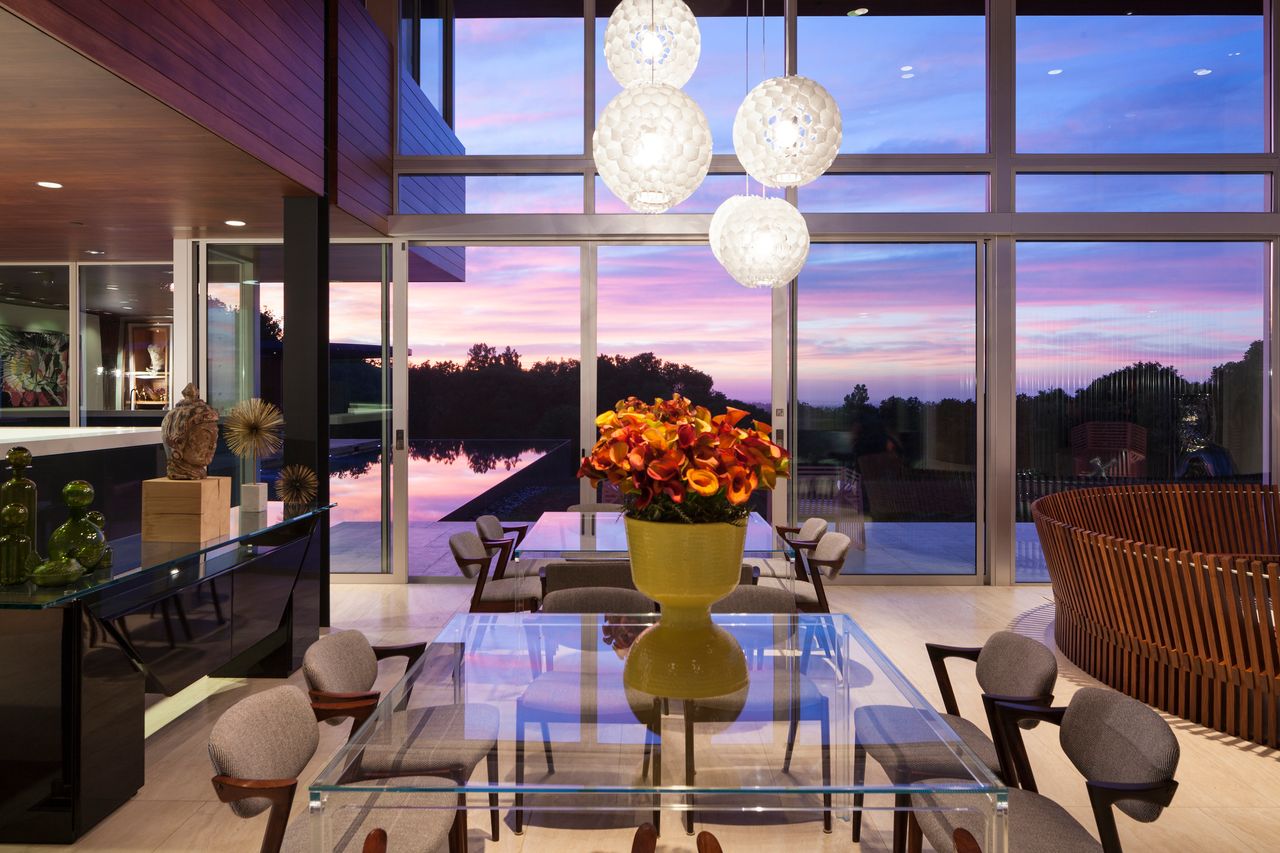 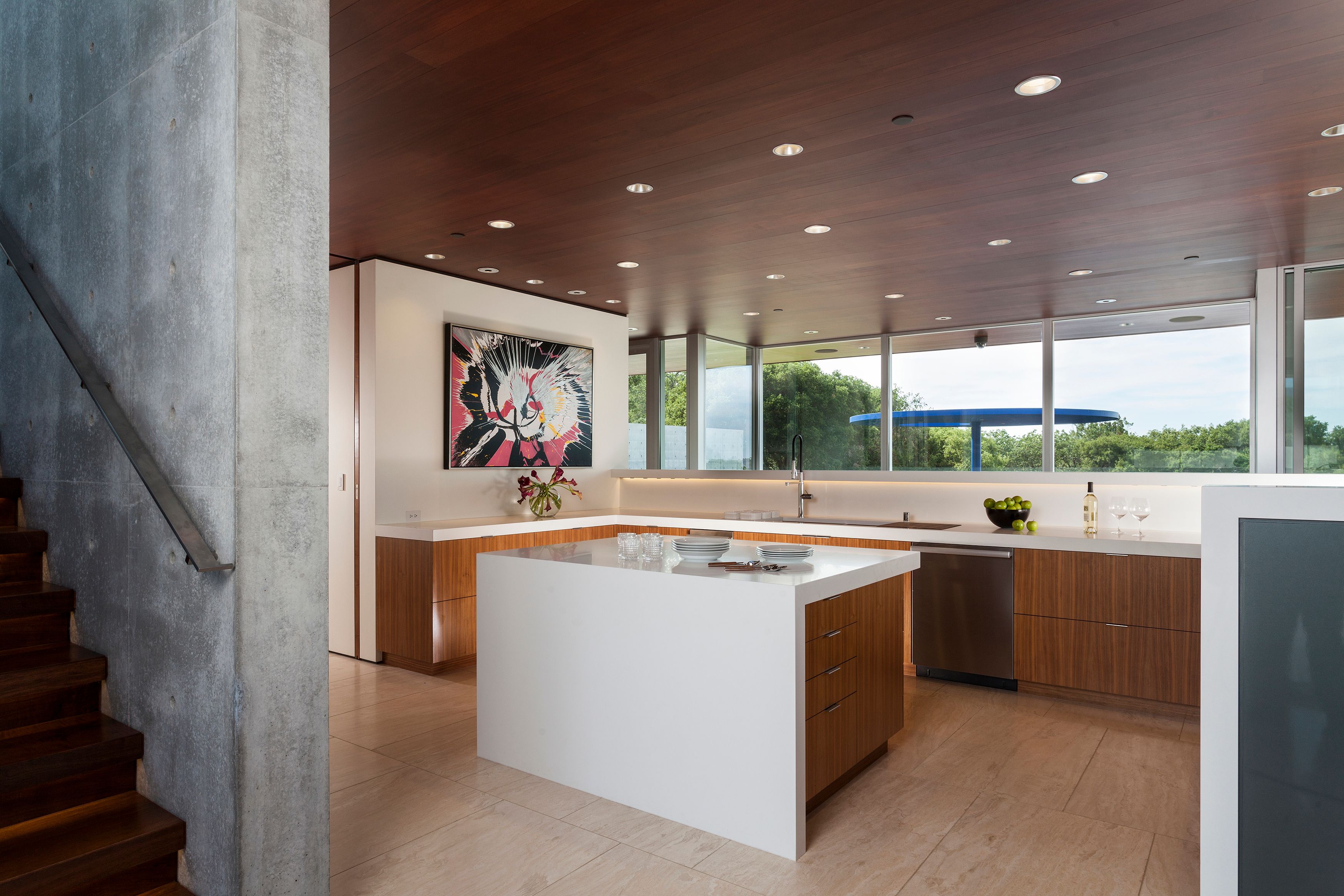 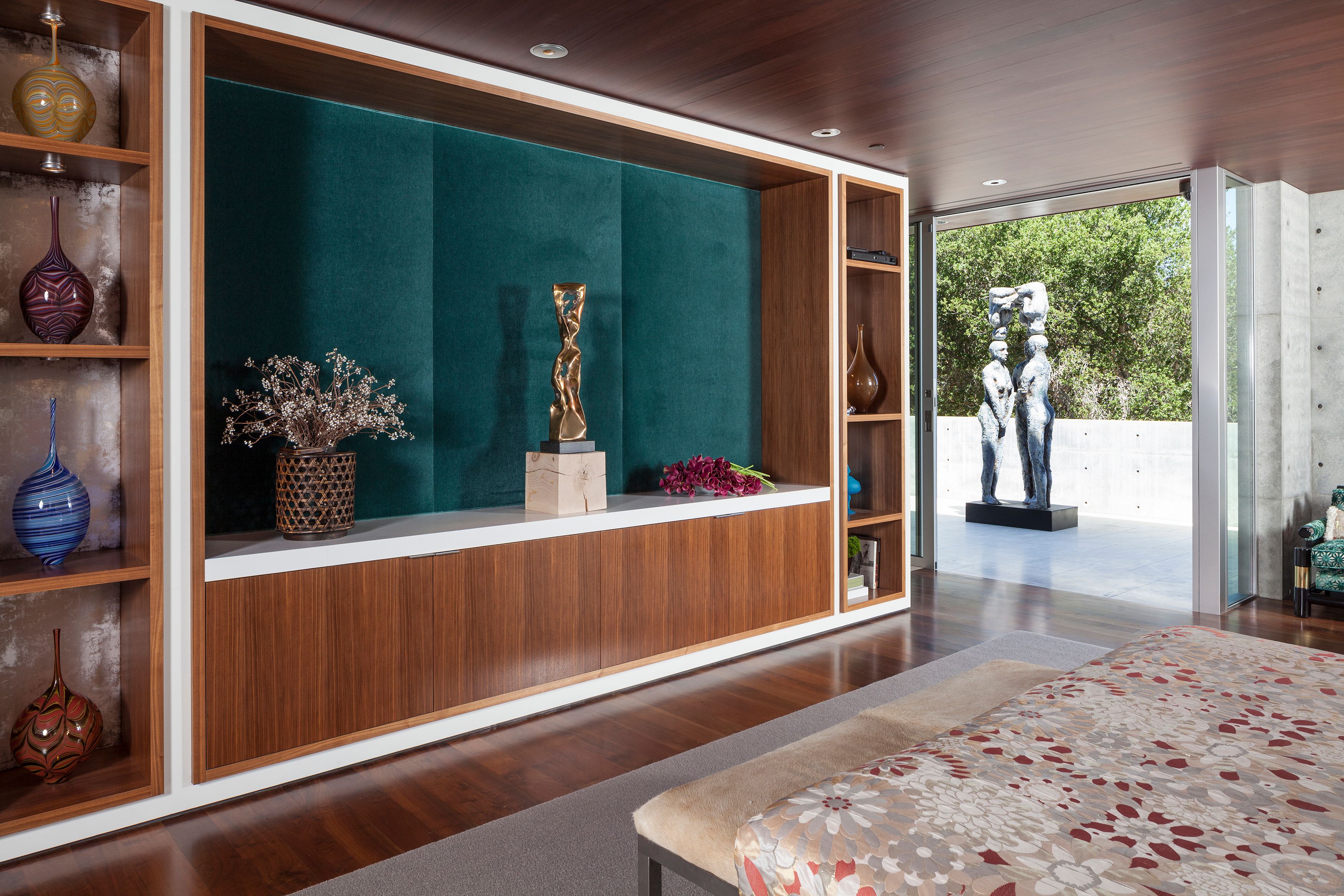 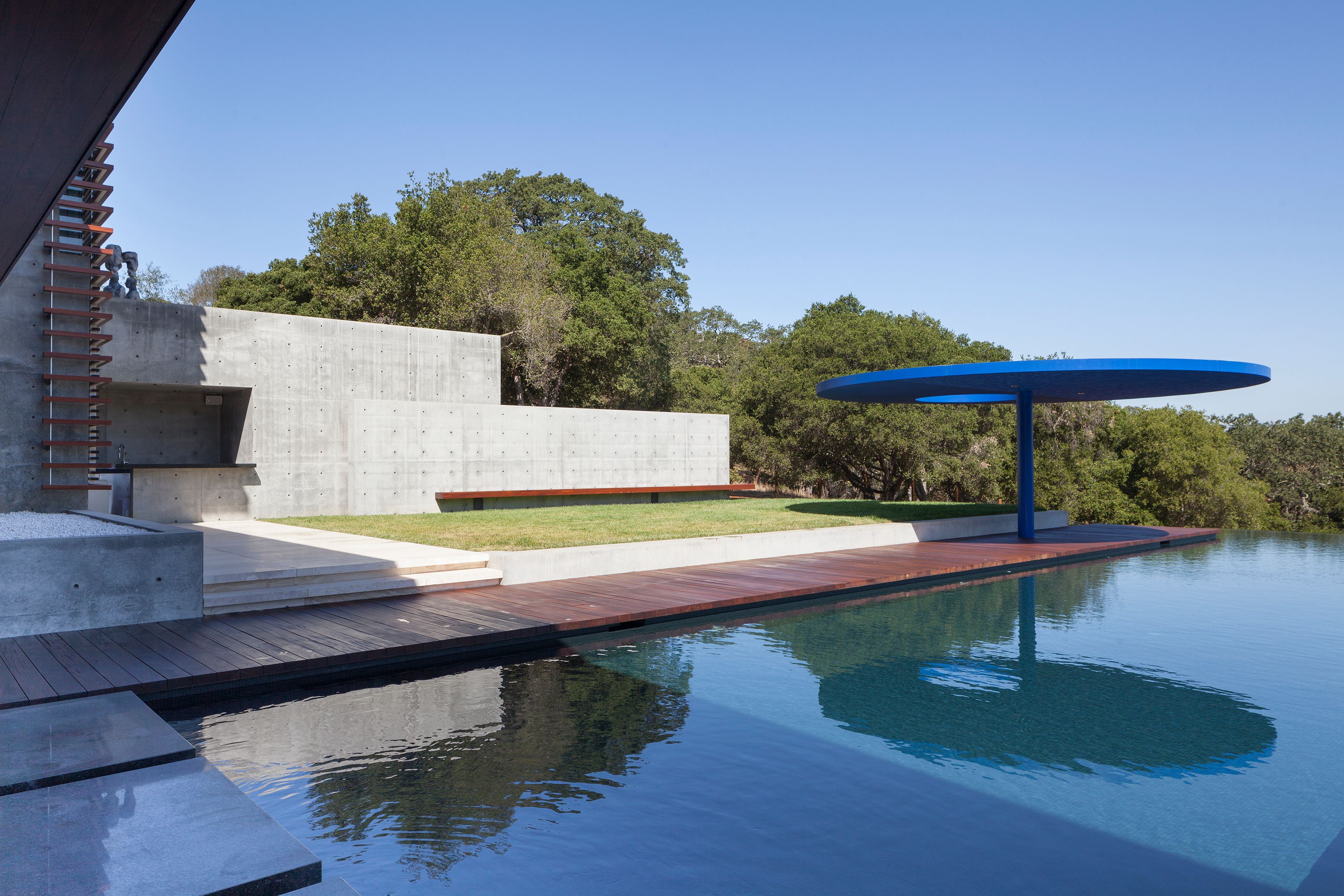 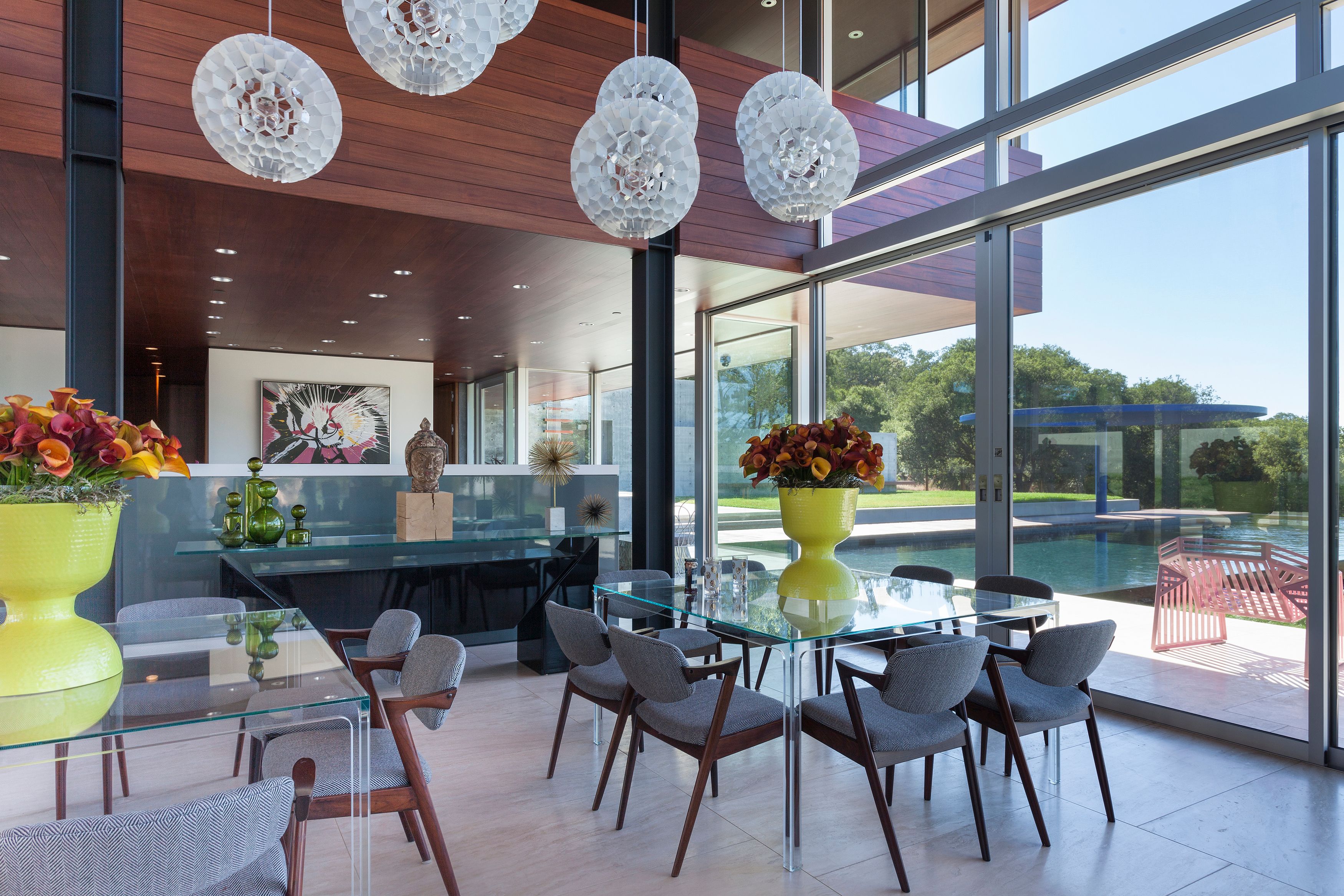 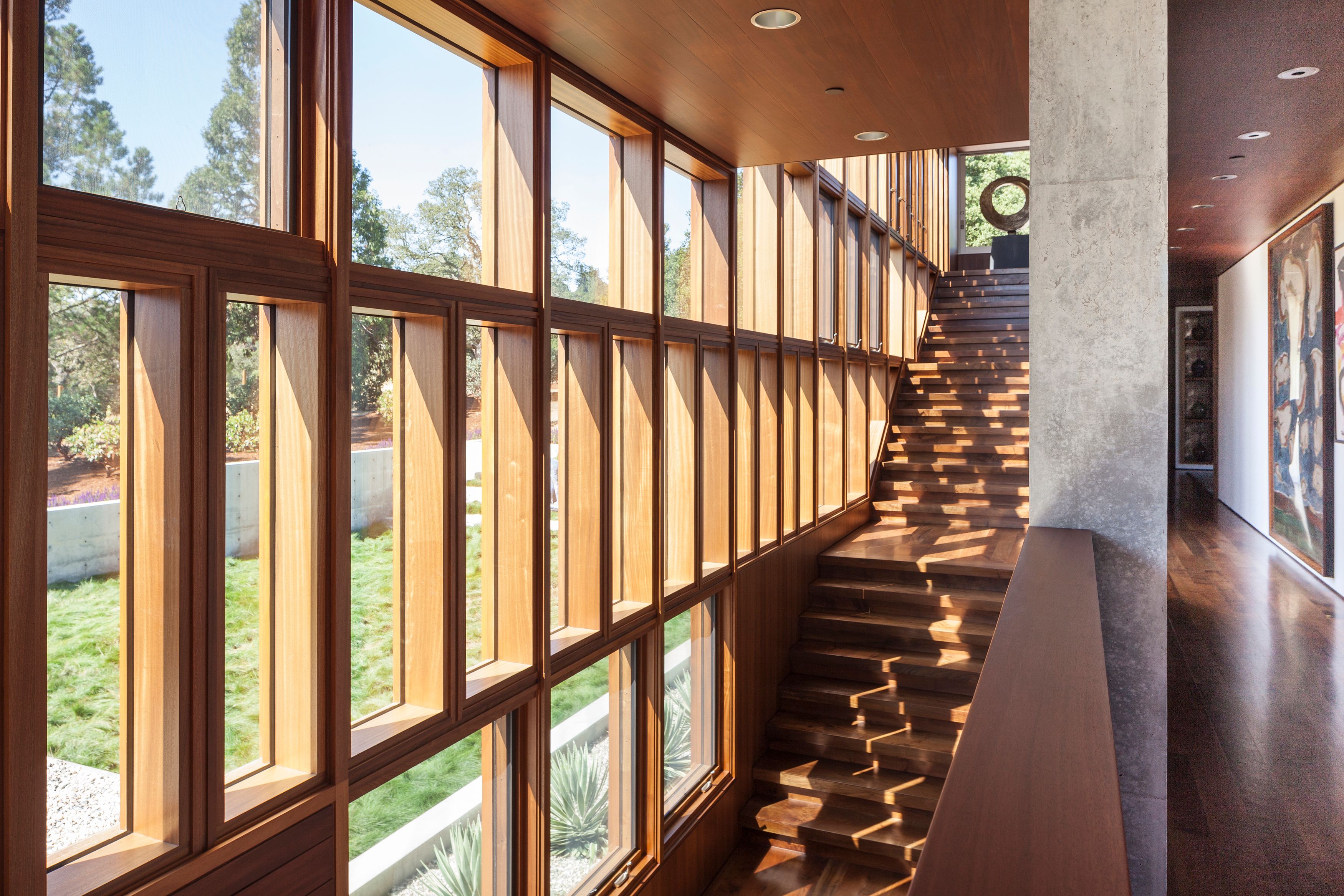 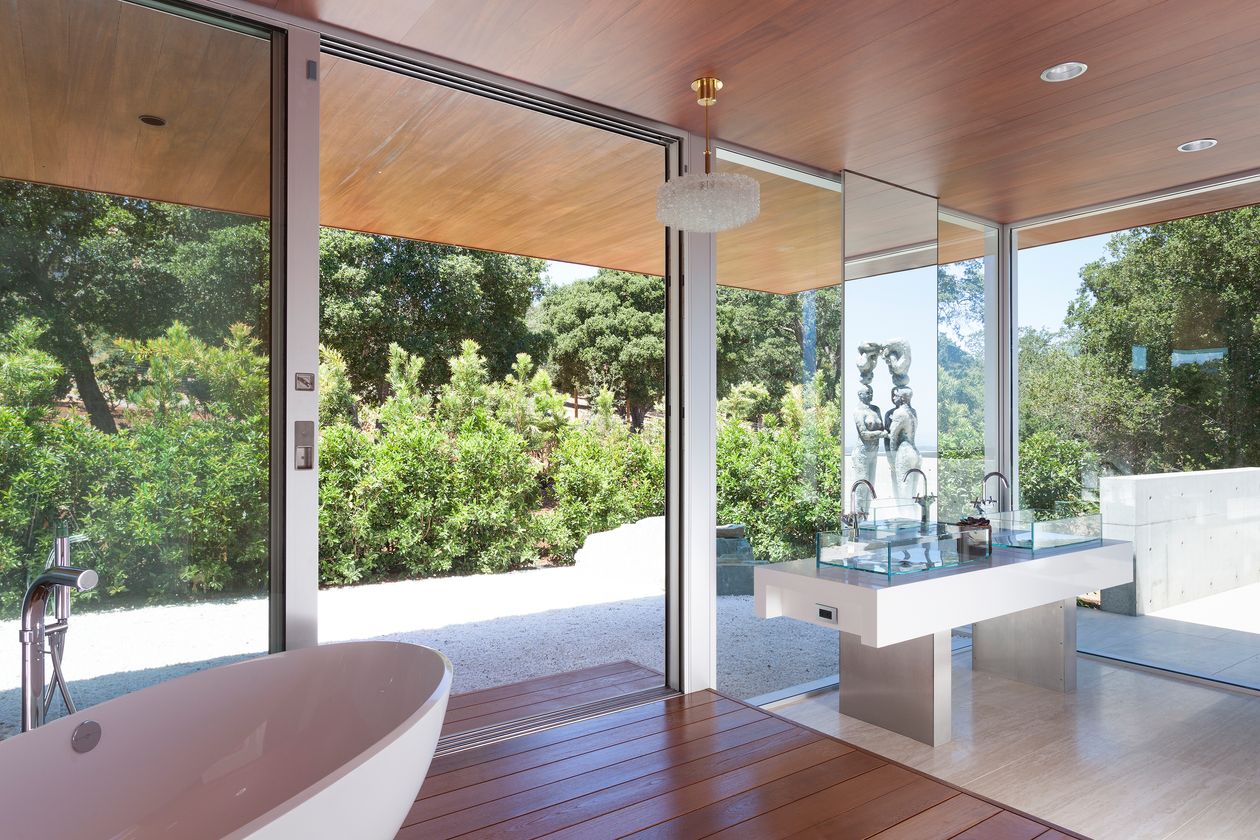 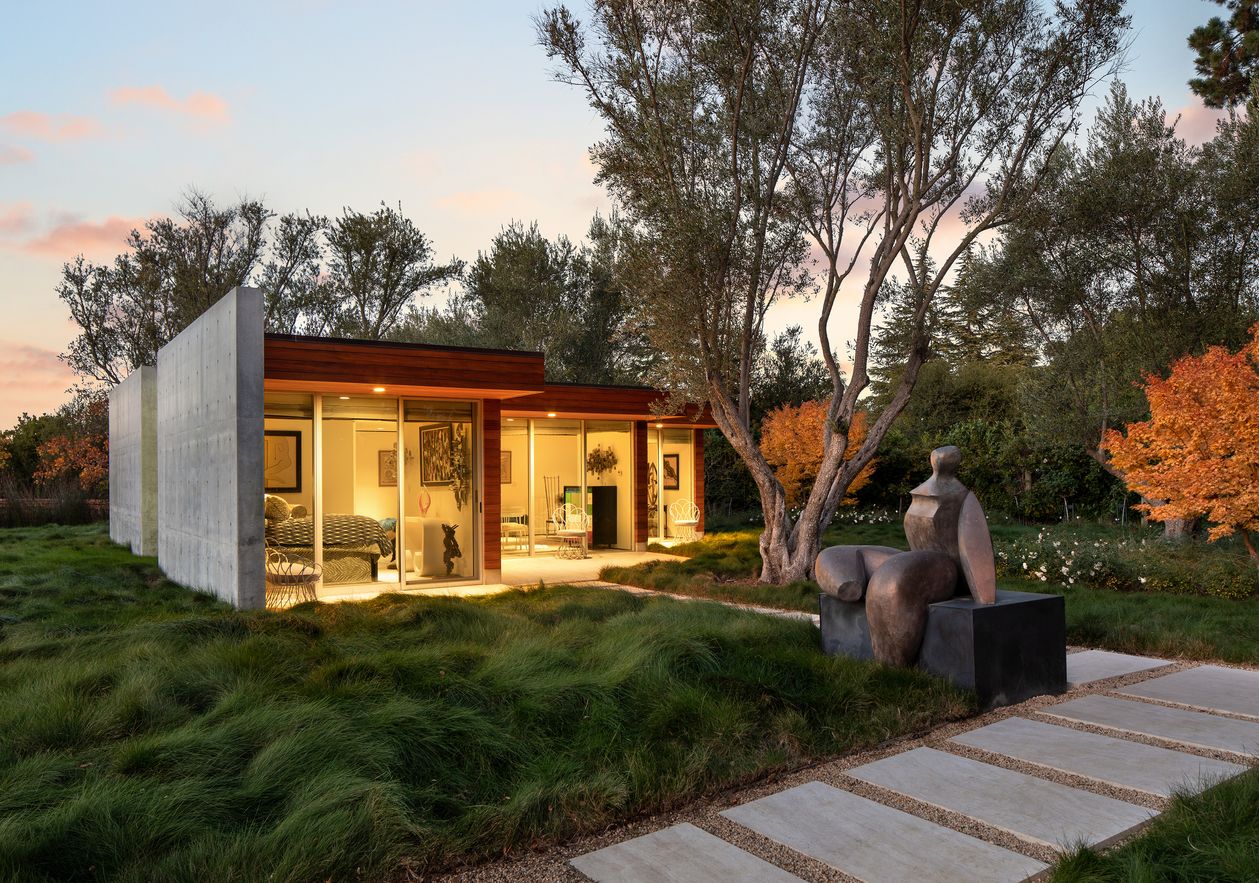 This last photo is of the guest facilities on the property.

Re: For sale: Home by Robert Swatt - Portola Valley, CA

$33M Custom-Built Mansion in Portola Valley, CA, Is a 'Livable Work of Art'

Re: For sale: Home by Robert Swatt - Portola Valley, CA

I imagine in this project something is owed to the Douglas Grant house: the parti of a descent from the street to a 170-degree exposed double-height main space, via a stair along one wall of the structure, might have occupied the architect's mind.

S
"As a former copy editor, I always feel I am defending the person whose name is being misspelled, not attacking the person who misspells it." Ronald Alan McCrea (1943-2019)
Top
Post Reply
3 posts • Page 1 of 1