You agree not to post any abusive, obscene, vulgar, slanderous, hateful, threatening, *-oriented or any other material that may violate any applicable laws. Doing so may lead to you being immediately and permanently banned (and your service provider being informed). The IP address of all posts is recorded to aid in enforcing these conditions. You agree that the webmaster, administrator and moderators of this forum have the right to remove, edit, move or close any topic at any time they see fit.
Post Reply
16 posts

One of the townhouse units in FLW's Edward Waller Apartments has been listed for sale, as seen in the attached link. Although the price may seem reasonable (no A/C, on-street parking only), the last time I saw the exteriors of the buildings, the neighborhood (East Garfield) left a lot to be desired, IMHO. A bit dodgey to say the least.

What bizarre photos in the listing...
Top

If I ever decide that I DON'T want my home to sell, I'm calling in the photographer they used here!

You have to admit, the listing agent did mention "fabulous".
Top

This building is the Waller facade with a redesigned interior. Each original first floor flat was appended to the flat above, doubling the total floor space. The fourth of the five structures burned down years ago and was supposed to be rebuilt when the renovation was done. Did that happen?
Top

No, the burned down building apparantly was not rebuilt. There is a vacant lot between two of the remaining buildings where the missing building must have been.

And it looks as though only part of the complex was renovated. When I was last by there several years ago, one of the building facades appeared to be considerably nicer and fresher than the others, which looked very worn and dingy.
Top

I think these are the kinds of pictures one might take to show architectural "Fabulous"-ness where none existed: A bottom wrap-around stair, a skylight, a narrow stairwell. Notable more perhaps for what they don't show (like any actual sense of the space) than for what they do.
Top

Was there ever any architectural significance to this building other than having been designed by Wright?
Top

this unit and a neighbor were scheduled for demolition in 1990 when Landmarks Illinois stepped in and rehabbed them as a not-for-profit. Both units had been "open to the sky" for years, and very little of the interior remained.
Top

In the event that any of you are curious - the first two plans shown below are the original first and second floor plans, as designed by FLW. Edward Waller was concerned about providing housing for the thousands of workers in Chicago in the 1890's. He built the apartments and collected a low rent in exchange for what was then considered to be decent housing. Wright designed these elegant brick facades, and then designed floor plans that were efficient and comfortable, even going to the point of turning the 2x4's flat for more space.

If one was interested in living in a Wright home, then this place is one you would want to skip. The neighbor is far from acceptable, as I can attest, having gone there in the last two weeks. Empty lots, shady neighbors, not a place to live, let alone raise a family. To be honest, you would never even guess these are Wright buildings.
Top

Waller is important primarily because of its urbanity - and Wright, of course, took it to extremes in his Lexington Terrace proposal published in Wasmuth. If you look closely, the facade is a large version of Waller and the plans are a series of Waller apartments with courtyard and interior courtyard views. He probably didn't realize the "sardine can" that would be created in a social sense, but it was probably better than the tenaments of Harlem.
The Francisco Terrace apartments were built behind the Waller apartments, creating a pedestrian alley between the two groups of buildings. The courtyard created a dangerous social environment, as tenants felt trapped and vulnerable, resulting in demolition in 1974. One wonders how it would have faired had the neighborhood not gone bad.
It should be noted that the neighborhood is undergoing a transformation of sorts. "Urban pioneers" are heading west from the loop! 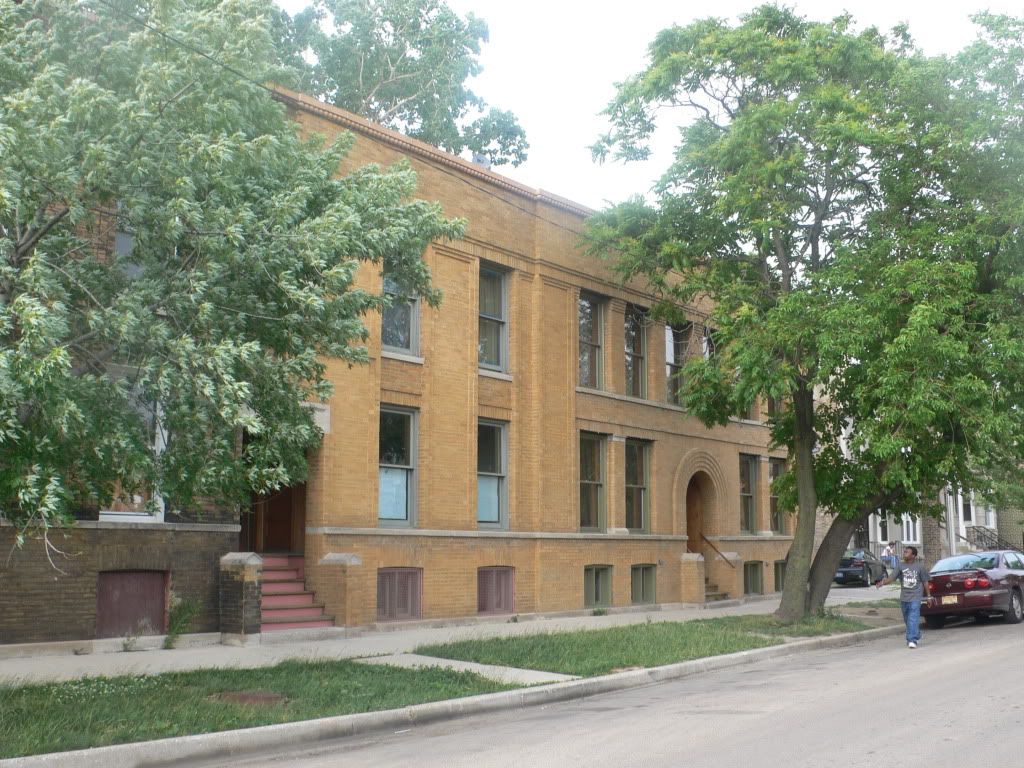 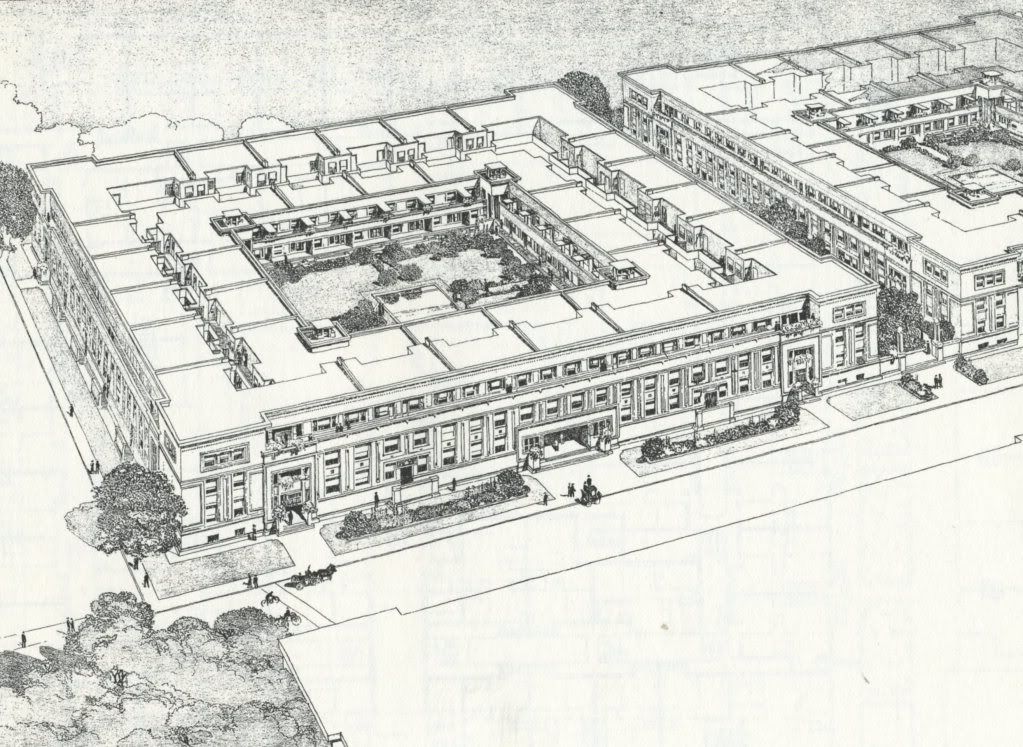 "In more than one location the insulation on the original wiring had completely disintegrated...it's a good thing so much of that wood was wet all the time, or there would have been a fire."
Top
Post Reply
16 posts