You agree not to post any abusive, obscene, vulgar, slanderous, hateful, threatening, *-oriented or any other material that may violate any applicable laws. Doing so may lead to you being immediately and permanently banned (and your service provider being informed). The IP address of all posts is recorded to aid in enforcing these conditions. You agree that the webmaster, administrator and moderators of this forum have the right to remove, edit, move or close any topic at any time they see fit.
Post Reply
23 posts

Two years ago the C E Roberts house (designed by Daniel Burnham then remodeled by FLW in 1896) was part of Oak Park's Wright Walk tours. I went thru it, and it didn't make much of an impression. I'm only just now connecting the dots ... where I'd seen that name before. 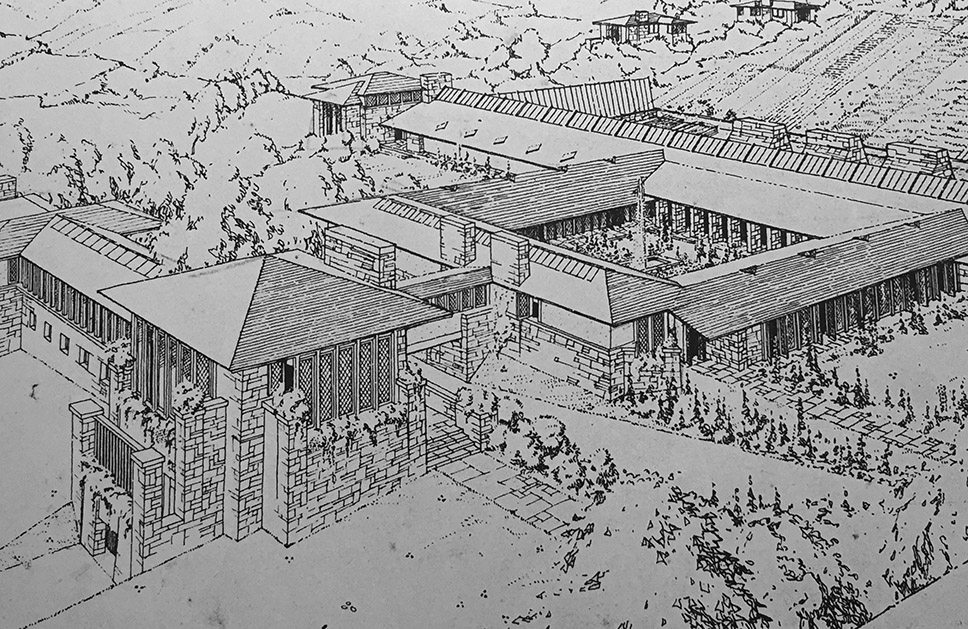 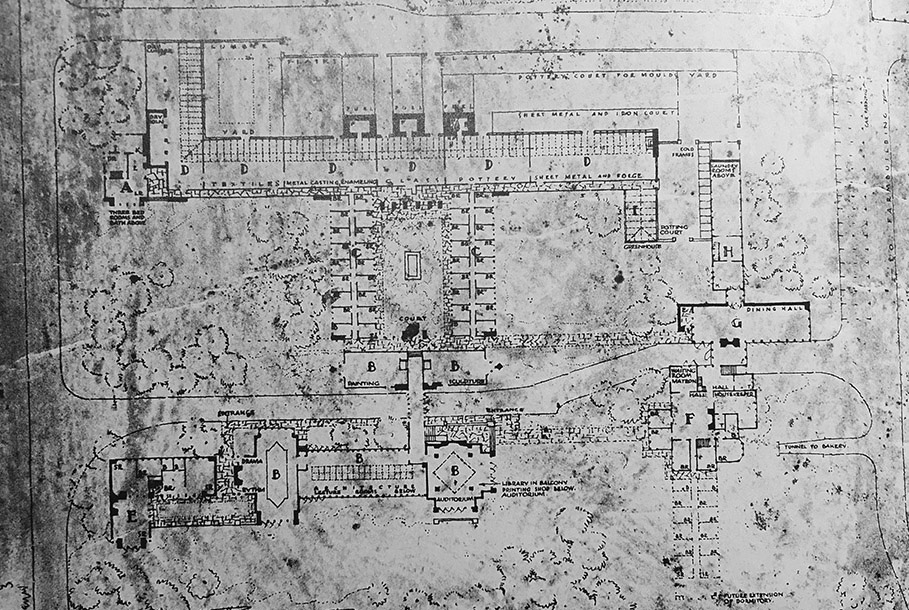 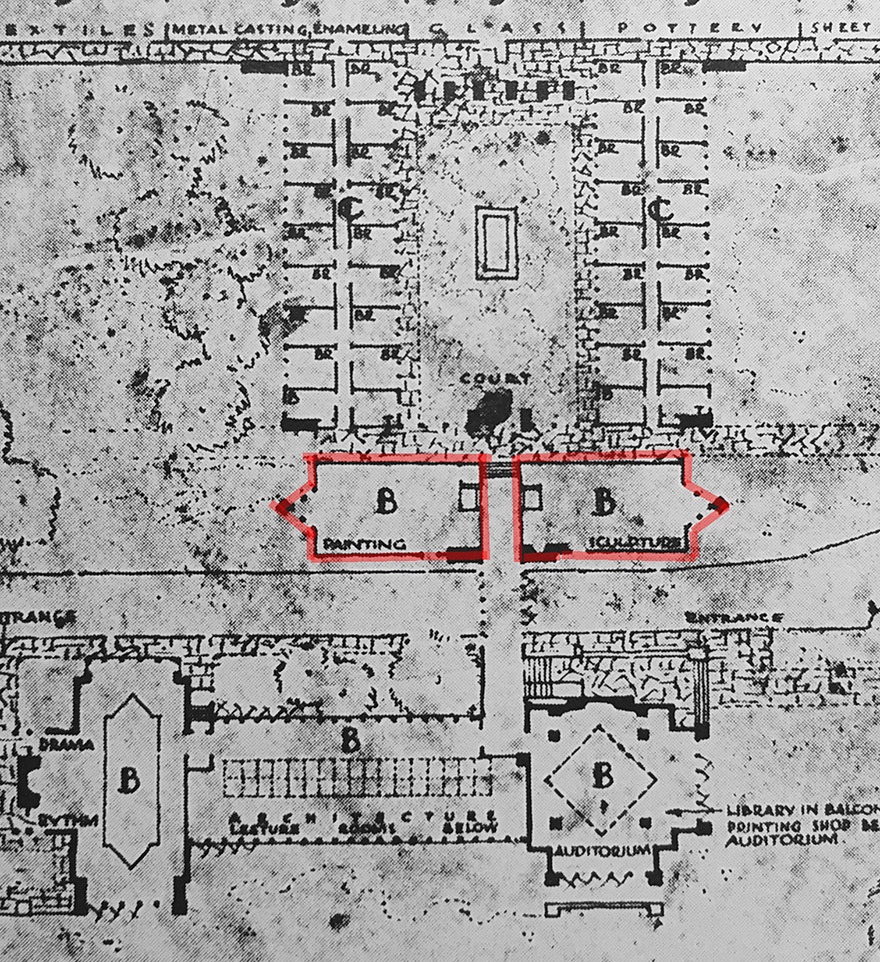 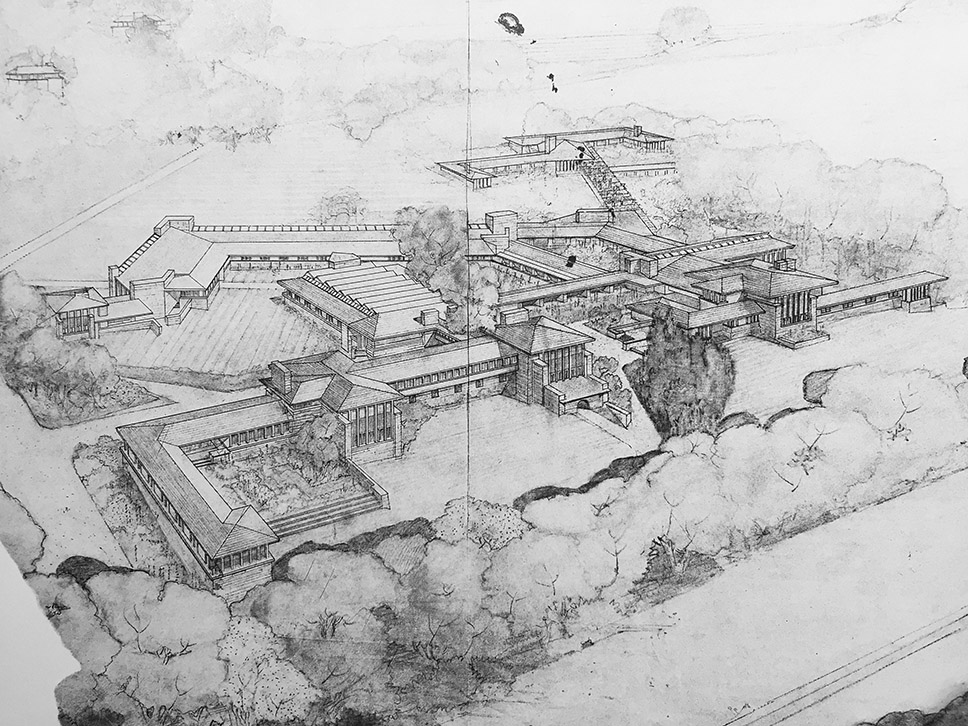 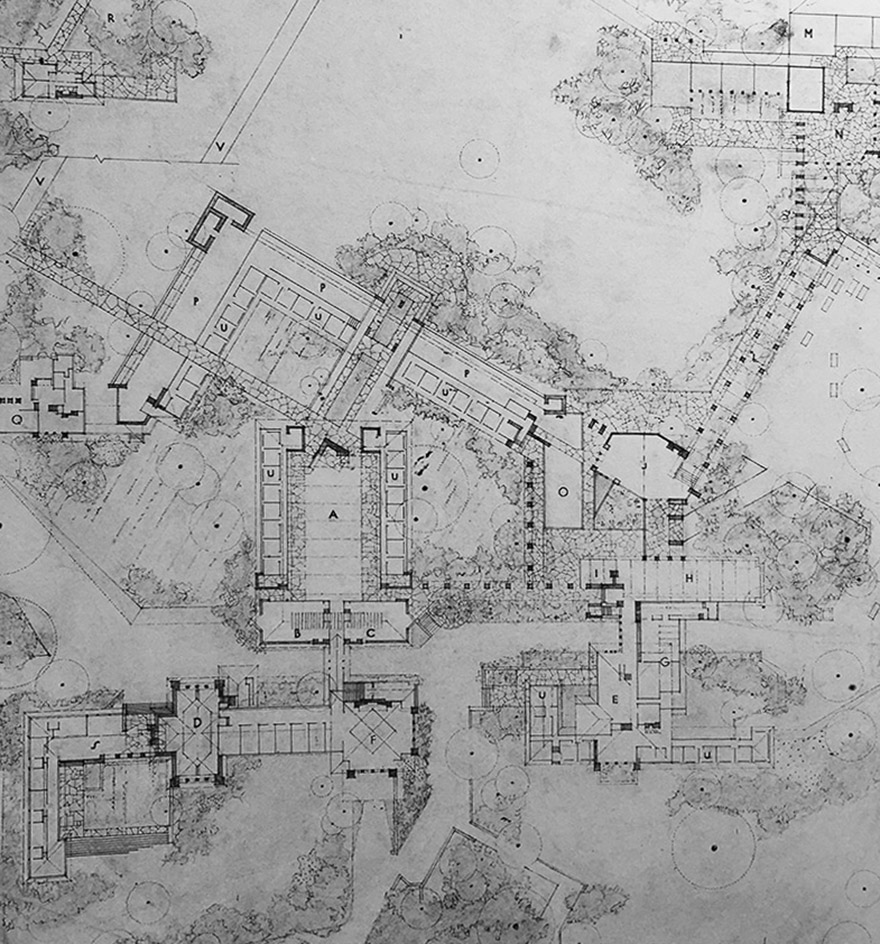 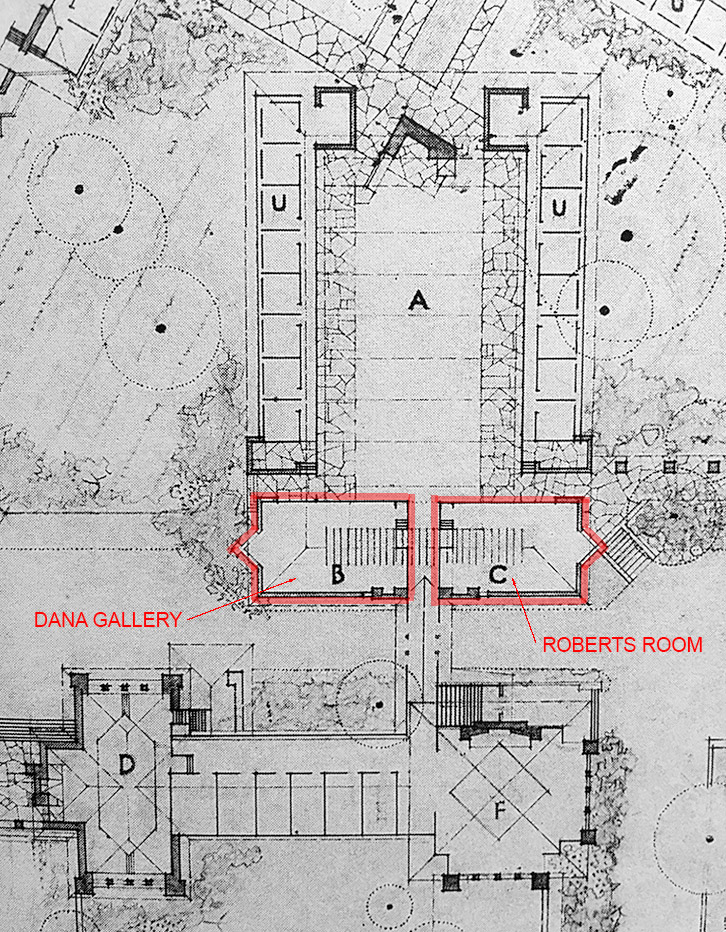 In monograph 5, Futagawa shows the drafting studio looking back toward the passageway. The bright patches of red mark the entrances 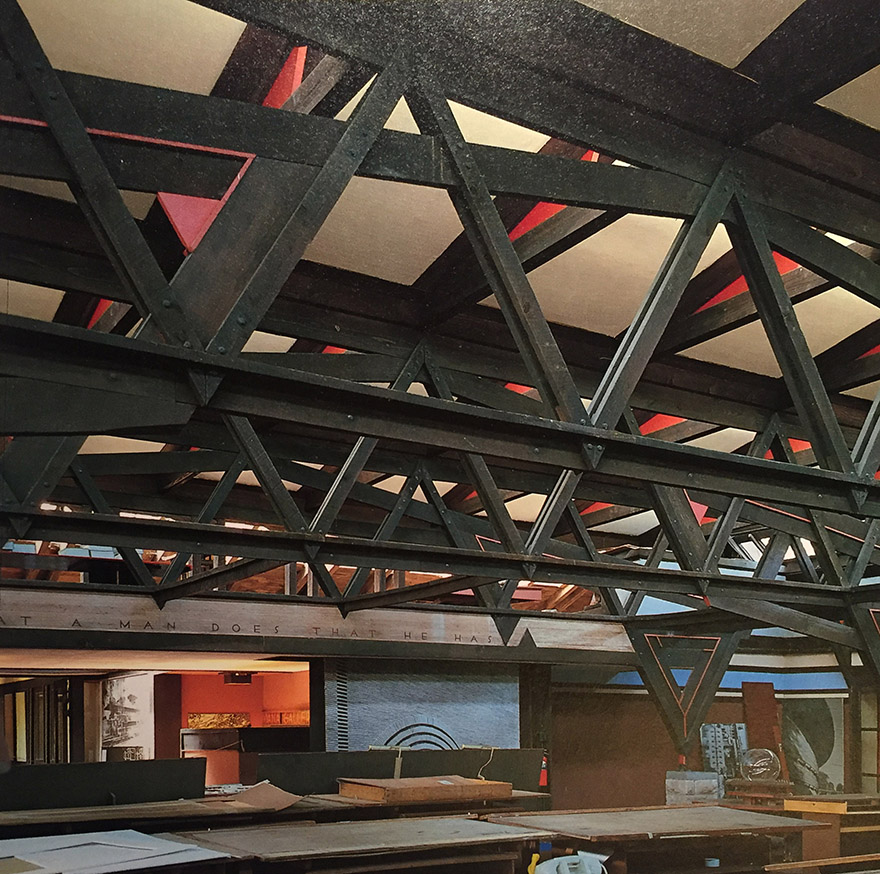 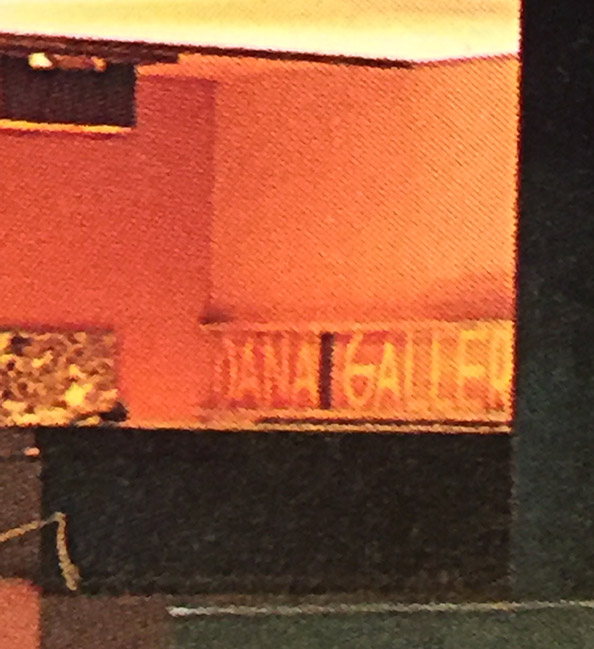 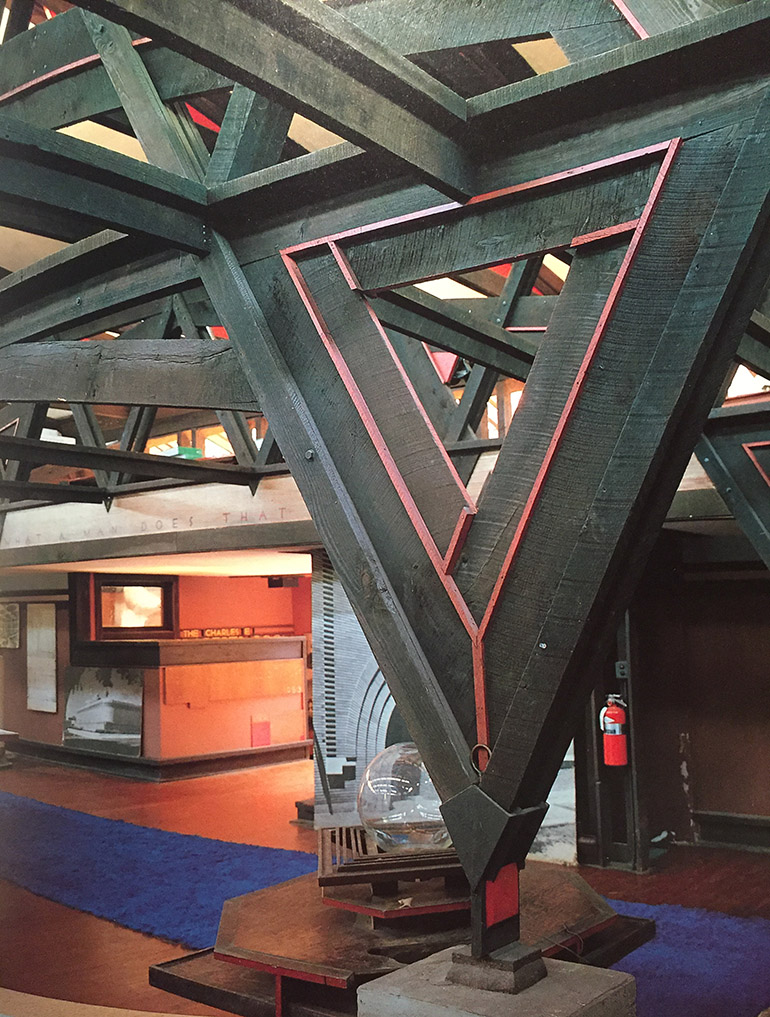 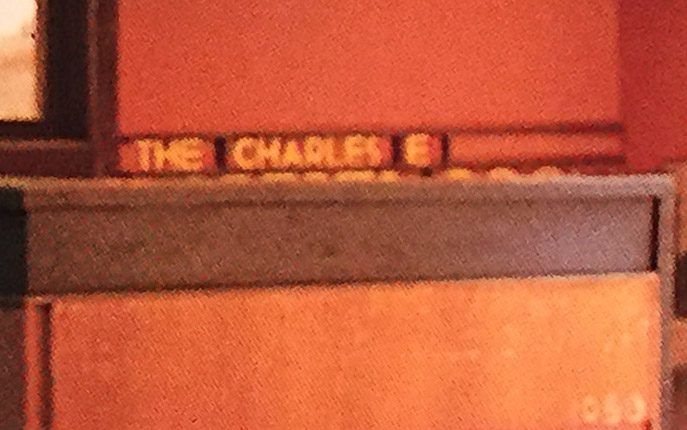 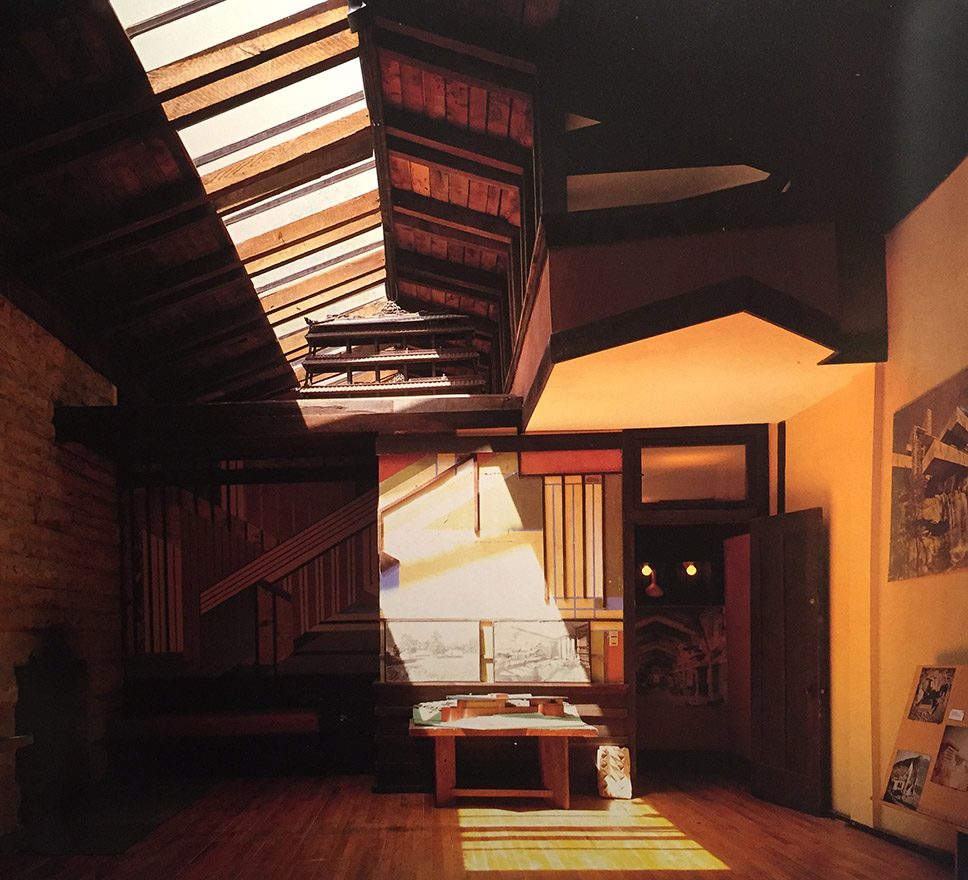 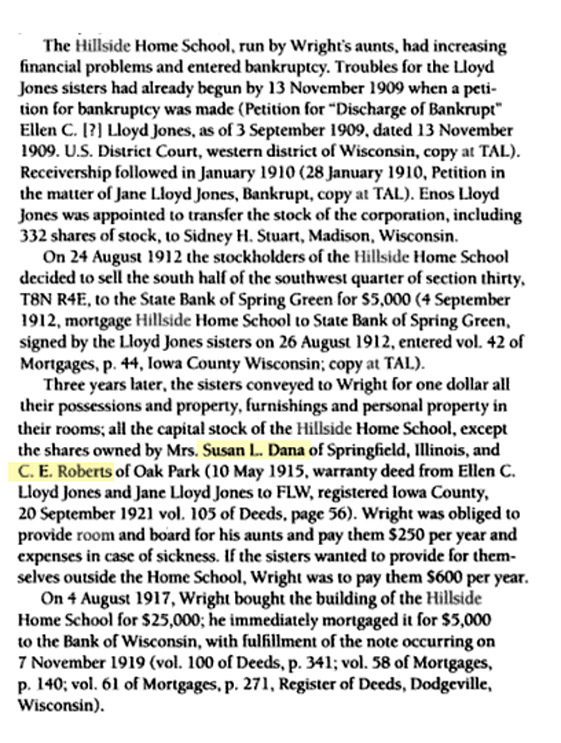 The skylight in the above photo is notable. I thought I'd look for confirmation of its place on the roof of the building by means of aerial photos. These are not present online, as
far as I can tell; I found one photo in my collection that includes this building and have taken a detail of that photo, here.

In his later years, John Geiger drew many plans, sections and elevations of Hillside. It became an obsession of his. More anticipation for his archive to open to the public.

There is, in FLW's work, a connection to the humble, Gerry-built Midwestern farmhouse. Not the pretensions of the 'design' of it, but the way the interior ceiling planes of the upper story intersect, seemingly at random, creating spacial liveliness the builder was undoubtedly unaware of. I believe he was affected deeply by those accidental spaces, as likely imaginary as real, and that he incorporated them in his work throughout his career. The buildings of Taliesin exemplify that connection more blatantly than most of his other work, and it all, as a single effort, should be the major focus of study.
Top

It didn't hurt that C.E. Roberts was on the Unity Temple building committee, but Wright was not a complete shoo-in for the job either. Along with a history of the congregation, the design and construction story can be found in "The Nobel Room" by David M. Sokol, who put 20 years into researching the chaotic creation of the masterpiece.

Never could place that Futagawa shot before now.
Top

The triangular soffit above the door is a slick reference to the window bay...
Top

Yes, I get that
and the way it reflects light in that shot is powerful.

...the model of the pavilion is way cool too.
Top

Isabel Roberts was Wright's office manager but she was not related to Charles Roberts.

She was born in 1874 in Mexico, Missouri to James H. and Mary Roberts. She spent much of her youth in South Bend, Indiana where her father was a machinist.
Top

...and Isabel Roberts was friends with Laura Bowsher in South Bend, who later married Kersey DeRhodes. The DeRhodes' built a Wright house in South Bend that has lately been attributed to Isabel Roberts as a derivation of the Walser/Barton/Horner plan type.

Of course, if there were a shred of evidence that Isabel Roberts had anything more to do with DeRhodes than possibly steering them toward FLW, the house would never have made the cut for the Wasmuth Portfolio.

Isabel was a designer of modest talent, as she proved once she left FLW and went into a practice of her own.
Top

Did she study architecture, or pick it up as an interest while in Wright's employ ?

So far, we've not figured out how to draw people in on those positive points. The quest continues.
"The building as architecture is born out of the heart of man, permanent consort to the ground, comrade to the trees, true reflection of man in the realm of his own spirit." FLLW, "Two Lectures in Architecture: in the Realm of Ideas".
Top

Her Wikipedia article says she studied architecture formally ca. 1900. It also says she was one of the first employees in the Oak Park studio, which would put her there before these studies.
Top
Post Reply
23 posts