You agree not to post any abusive, obscene, vulgar, slanderous, hateful, threatening, *-oriented or any other material that may violate any applicable laws. Doing so may lead to you being immediately and permanently banned (and your service provider being informed). The IP address of all posts is recorded to aid in enforcing these conditions. You agree that the webmaster, administrator and moderators of this forum have the right to remove, edit, move or close any topic at any time they see fit.
Post Reply
4 posts • Page 1 of 1

Is there anything of Wright interest to see in or around San Diego?
Top

Depends on your specific interests but as you may or may not know, Wright's son, John Lloyd Wright, lived and designed many houses in the San Diego area.

Also the work of Irving Gill and Rudolph Schindler's Pueblo Ribera are must see structures.

I suggest this book: 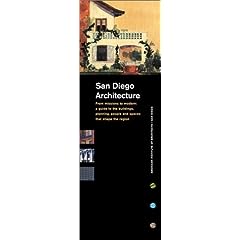 Along with Schindler's Pueblo Ribera, La Jolla also has Gill's Womens' Club and Kahn's Salk Center. The Club, when last I looked, was open to the public on weekend mornings and perhaps at other times.

Salk Center has a tour program, but you should see the classic view - looking toward the ocean when the courtyard is empty. It quite lives up to its photos. If you went on a Sunday morning you could see this view and then take a tour.

As long as you're in the area you might zip up the coast (~40 miles) and see Schindler's Lovell beach house.

There is quite a lot. In addition to Schindler, Lautner, F Ll Wright, John Ll Wright, Lloyd Wright, Neutra and Harwell Hamilton Harris are represented in San Diego. Works of at least two other Taliesin trained apprentices, Loch Crane and Sim Bruce Richards are present. James Hubbell, Ken Kellog, Herb Turner, and others would be of interest to anyone touring there on the lookout for organic architecture (with apologies to unnamed, qualifying practicioners).

There is quite an extensive biography on Sim Bruce Richards and a rather touching testimonial by Esther McCoy on the following site. Bruce designed a house for Harvey Furgatch who initially had a house designed by F Ll W, which was a version of the (unbuilt) melon vine house concept for Gerald Loeb in Connecticut (which in turn derived from the Jester house and its variations). If you ever see the Furgatch working drawings for the Wright design, it's understandable why Mr. Furgatch apparently retreated from the undertaking and sought out something more modest to build from Sim Bruce Richards!

There is ample information to browse through on this web site, and you can find out about some of the relationships between the various architects: