by jmcnally
I visited Legoland today, on the grounds of the old Cypress Gardens in Winter Haven, Florida. Each Legoland features an area with famous cities reproduced in Lego bricks. The New York and Florida areas at Miniland in this park include two famous FLW structures: the Guggenheim museum, and the Pfieffer Chapel at Florida Southern College. As "miniatures" these are still a few feet tall - they are not as small as the Lego "architect" series models of Fallingwater, the Guggenheim, or the Robie house. 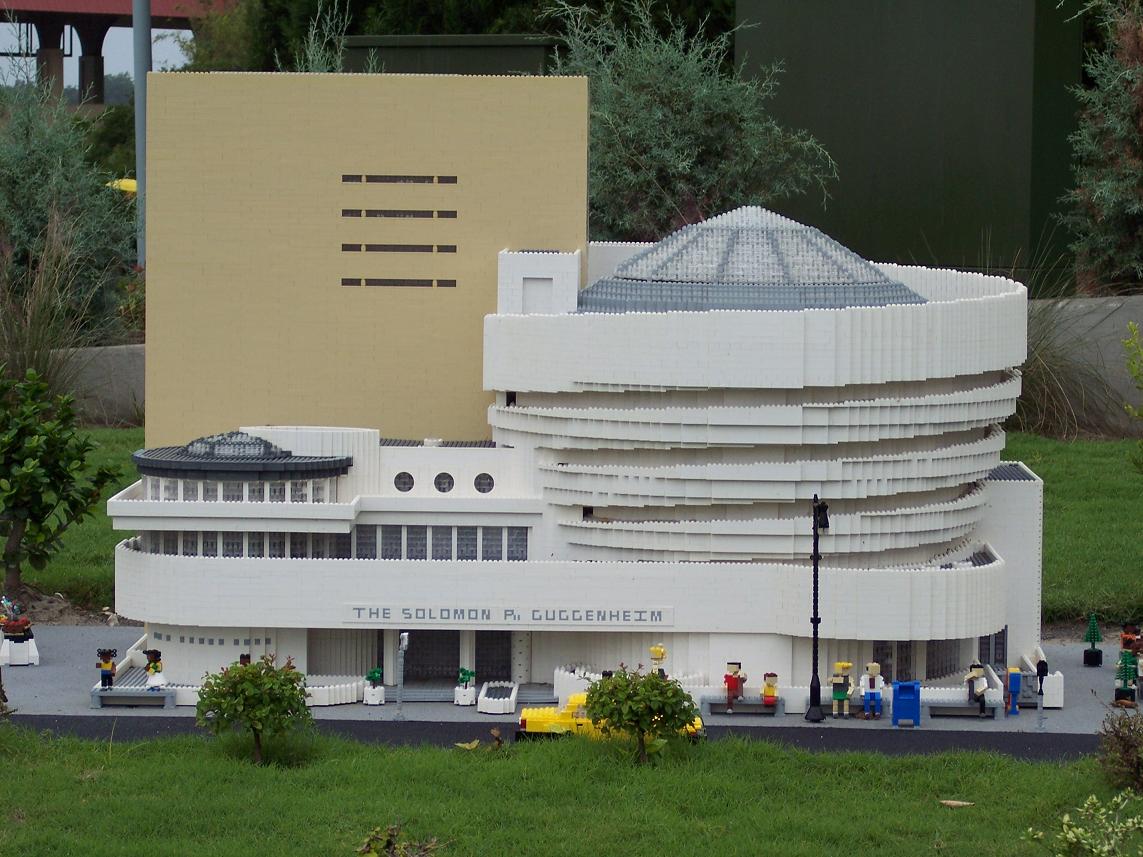 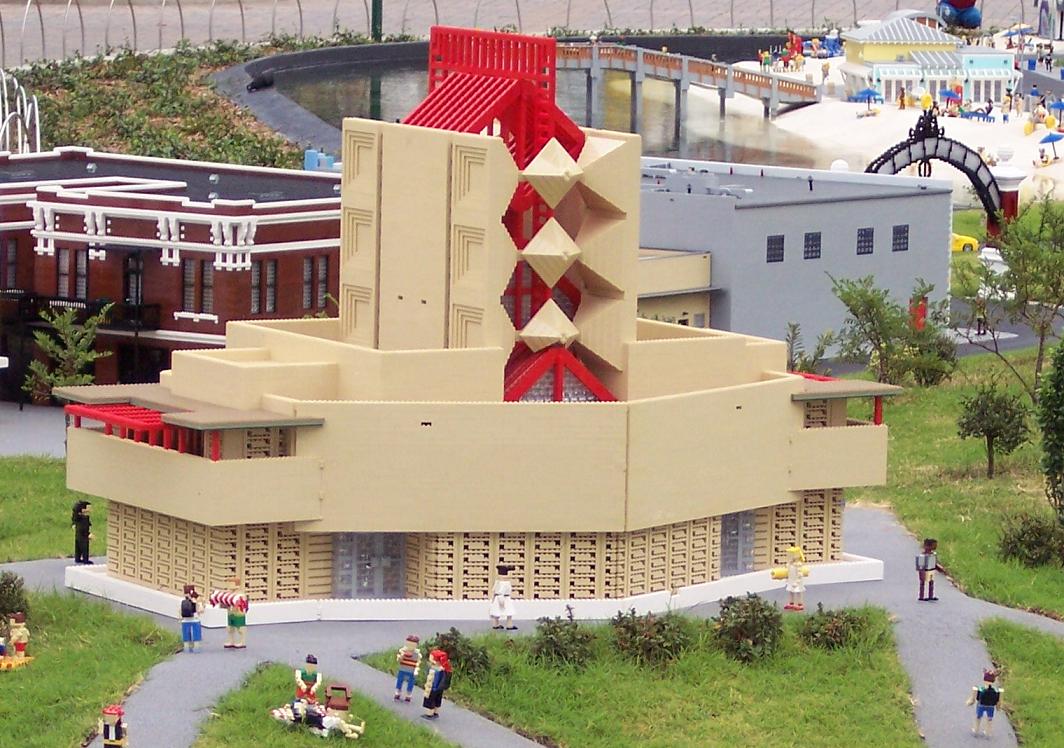 by SDR
The Pfeiffer Chapel model seems a worthy object in terms of representing reasonably the original. The Guggenheim, on the other hand, is unfortunate -- though not as bad, I guess, as the kit (?) currently on sale. Who would have put all that trouble into a representation that cannot hope to be taken seriously -- because the medium is so poorly suited to the form ?

by jmcnally
I guess I'm naive; I had hoped the reaction would be "that's kinda cool."
by Jeff Myers
I actually think the models are worthy and neat
by SpringGreen
I liked them both. For some reason, I'm particularly impressed with the perforated blocks at the Pfeiffer Chapel.

by DamiensGreve
It's quaint to see your earnestness in thinking that people on this board would not take the opportunity to insult anything that violates their strict rules of what is acceptable in the Wright-universe.

Just remember: any outside entity is evil (including this one, which hosts the chat page for free); everyone who lives or works at the two Taliesins worships Olgivanna (oh, sorry, "Olga"); and nobody but them knows what they're doing.
by SDR
Thank you, Damiens. To whom is your message addressed ? Perhaps its content would be clearer (to me) if that was made explicit.

SDR
by JimM
my, my...... evil? Regardless, it's great to welcome another opinionated post!

PS... before they think about doing the model, the Heald House is not Wright...
by jmcnally
Lego blocks are toys.
by egads
Not to the serious brick guy. Remember this link from a while ago?

I did see the one at the California Park, and just looked a photos of it online. It does read better from the typical viewers distance.
by SDR
Lots of unfortunate things are done by serious people ! I'm sorry to be so adamant about this, but:

I agree the Guggenheim, or any curved form is inappropriate to the Lego medium. Blocky, unit based structures seem to be more appropriate models.
All times are UTC-05:00
Page 1 of 1