You agree not to post any abusive, obscene, vulgar, slanderous, hateful, threatening, *-oriented or any other material that may violate any applicable laws. Doing so may lead to you being immediately and permanently banned (and your service provider being informed). The IP address of all posts is recorded to aid in enforcing these conditions. You agree that the webmaster, administrator and moderators of this forum have the right to remove, edit, move or close any topic at any time they see fit.
Post Reply
1368 posts

The NxNW house makes a brief animated appearance in a parody episode of the Family Guy called "North by North Quahog" which was on, coincidentally, this evening. In this episode Peter impersonates Mel Gibson while on a second honeymoon with Lois and steals Mel's only copy of his yet-unreleased Passion of the Christ 2: Crucify This starring Jim Caviziel and Chris Tucker...

It very well could be. Here is a photo of her looking fondly at the old man:

Looking again at the photos on page 2 of this thread, I believe I am seeing 7 chairs at the dining table - head and foot and 5 where the built in bench should be...just saying
Top

The photo of Wright and Gordon appears in "Frank Lloyd Wright's House Beautiful" (D Maddex; Hearst Books, 2000; p 32) where the caption tells us
that Ms Gordon arrived at the magazine in 1941 and, within a few years, had "reignited the magazine's relationship" with Wright. The photo was taken at
T West in 1946.

The spectacles are unusual; they conjur the post-Corbusian appearance of round lenses on the faces of many an architect. Was the Old Man predicting
this trend (as with so many others) -- or was he ignorant of his "rival's" preference in eyewear ?

Roderick, if I can draw the possible Perf for Pauson can you send it Geiger and see what he says?
You can email me.

Jeff, you should be able to send it directly to <jgonwright.com>
But if that's not technologically an option, let me know. You know what a hopeless technophobe I am.
Top

After several revisions and looking at the one photo I have come up with this perf design. Within the time frame in perf design I believe, and the photo supports this, a stair step motif within the perf itself. Though mine are a little deeper than that in the photo I think it shows what I am getting at here.
I set this at 8 1/2" tall and 5 1/16" wide. 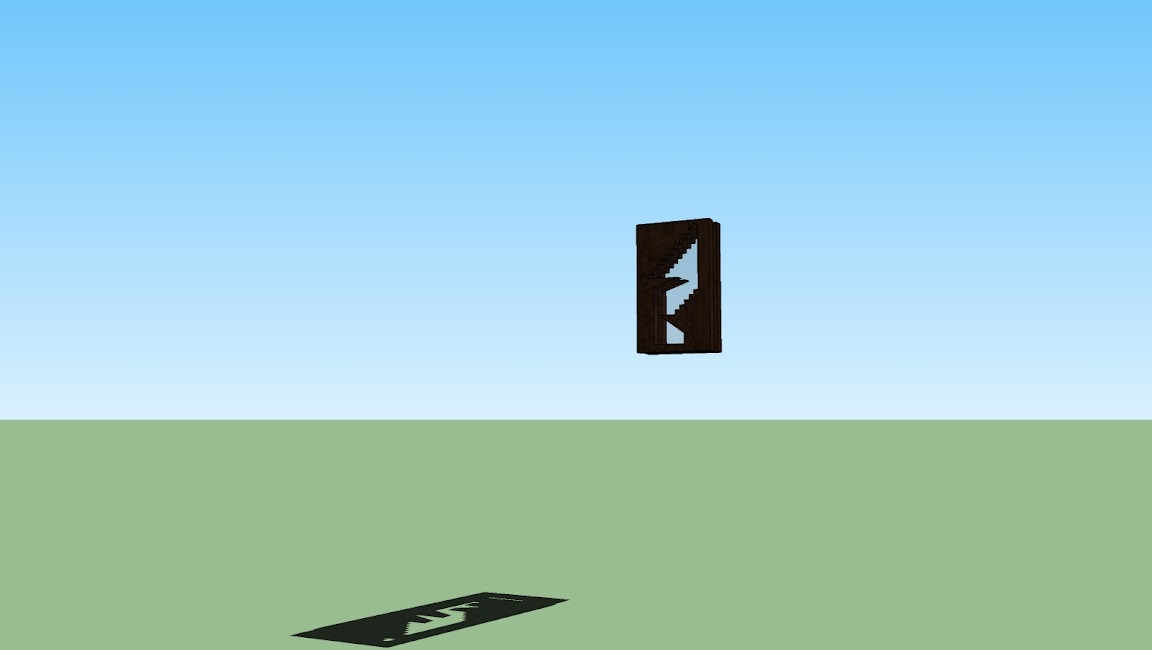 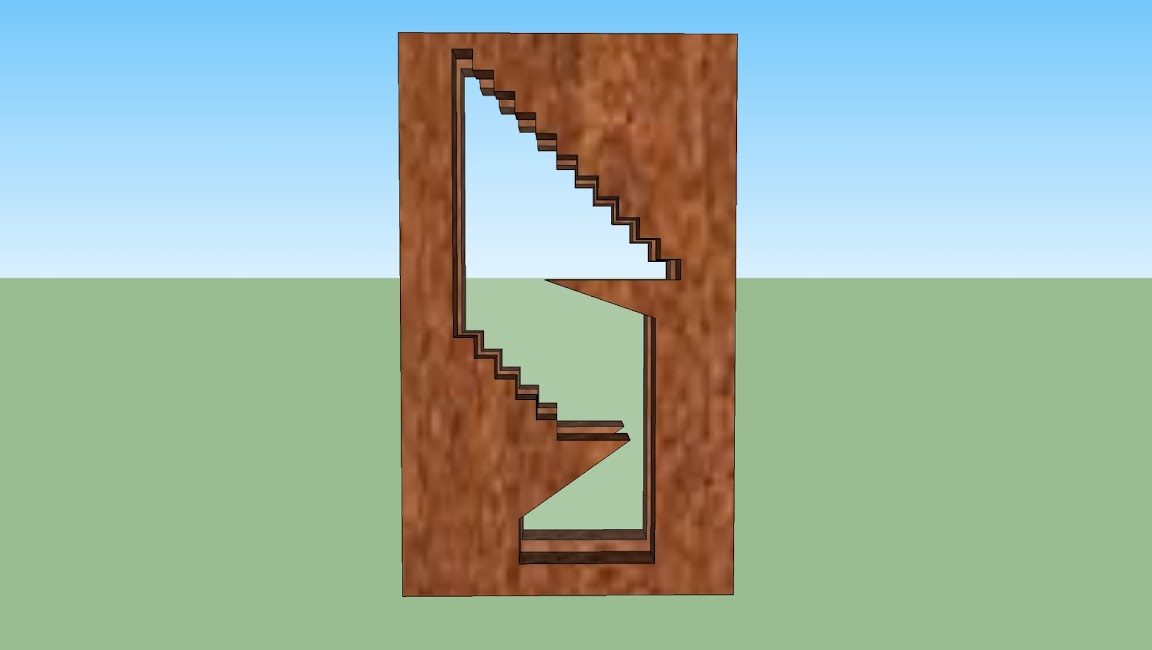 That was derived from the photo we have ?

(At the moment, I don't recall who gave us this photo, and where it was published. . .)

Actually it would be this one.
I don't see quite the design of this perf at T West being from pauson probably a form of it.

This is the photo I was talking about from WJSAIA

Right -- I believe a reader prepared this comparison for us -- T West on the left,
Pauson on the right.

From what I can see, I would say that it can't be claimed that the two objects
are not the same. . .

Can anyone tell us, now, where the T West perforated objects came from ?

I believe the perf is one design in the proposed perf designs on 2 plans, one faded a bit but I could make it out enough to draw it. I will show these 2 coming up. The mystery of Pauson came back as I was looking at some things last week that made me rethink back to this. I hope we can get some info from Geiger or Guerrero.
I think I can remake Pauson accordingly now and more accurate than ever before, ready to tackle it in the fall