You agree not to post any abusive, obscene, vulgar, slanderous, hateful, threatening, *-oriented or any other material that may violate any applicable laws. Doing so may lead to you being immediately and permanently banned (and your service provider being informed). The IP address of all posts is recorded to aid in enforcing these conditions. You agree that the webmaster, administrator and moderators of this forum have the right to remove, edit, move or close any topic at any time they see fit.
Post Reply
18 posts

Caught the end of the video, on its second time around, locally.

Yes, the thicker shelves in Wright's Usonians, right from the start, are made to be a part of the scene. From at least the 'thirties, if not earlier,
the 3/4" board is the standard panel thickness in the home, if not throughout the building interior entire. As stylist extraordinaire Wright knows
to "do better" than the standard---to sculpt rather than merely to build ?

Jacobs I sets the example, for a number of details found again (and again---as at Sweeton, fifteen years and a world war later) in the board-
and-batten Usonians. The extra-wide (and uniquely contrasting-colored) batten, seen everywhere in and out of Jacobs, is echoed by an rec-
tangular batten surface-applied to plywood panels, at Sweeton . . . 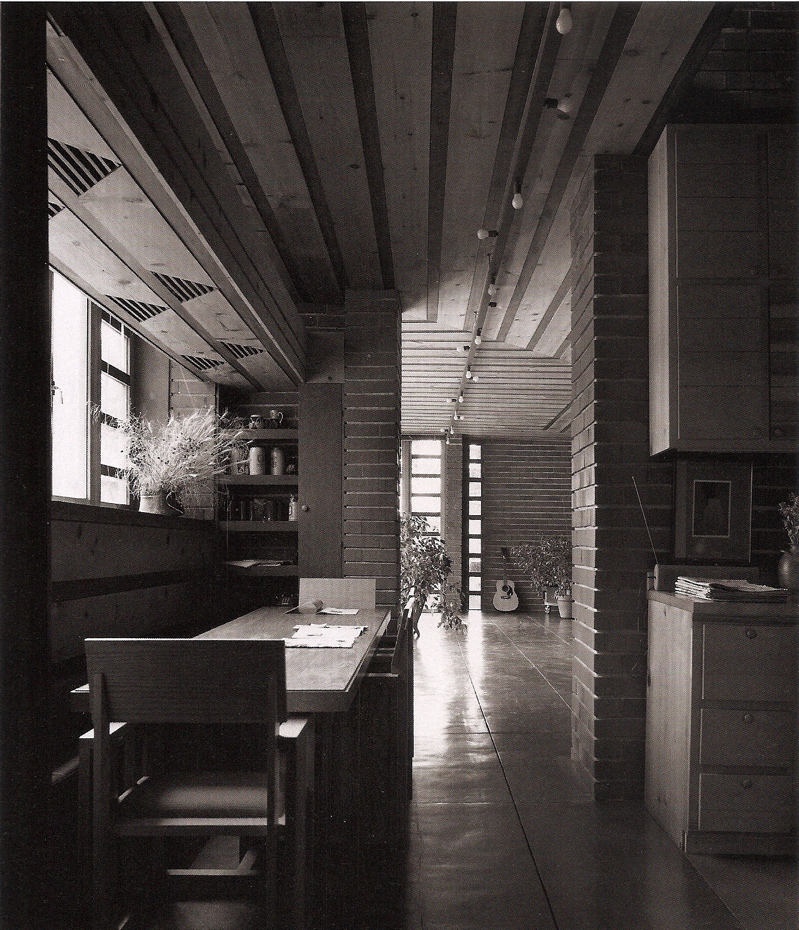 The Sweeton bathroom contains corner shelves like the ones at the Jacobs dining nook:

And, the Jacobs shelves are edged with a matching "molding," likewise echoed at Sweeton . . .

. . . and, as the man said, the edging stiffens the shelves, for those who like their styling grounded in structure !

Its probably been mentioned before, but the shelving was an integral part of the wall construction, as it provided lateral bracing to a long, tall (9 ft.) wall only 2-1/4 inches thick. The thickness of the front edge also concealed the horizontal support brackets.. not purely an aesthetic decision by any means.
Top

Thanks. I wonder if any of these sandwich walls have exhibited a change of shape, not end to end but top to bottom.

How many houses were made with vertical boards, rather than plywood, as the center wall ply ?
I wouldn't expect a sheet of 3/4" ply to have quite the same stiffness as a row of boards . . . 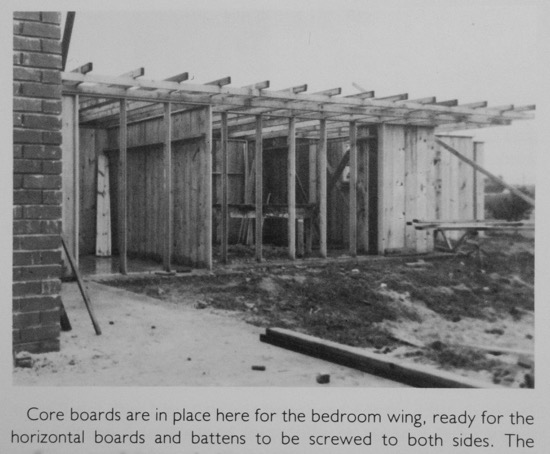 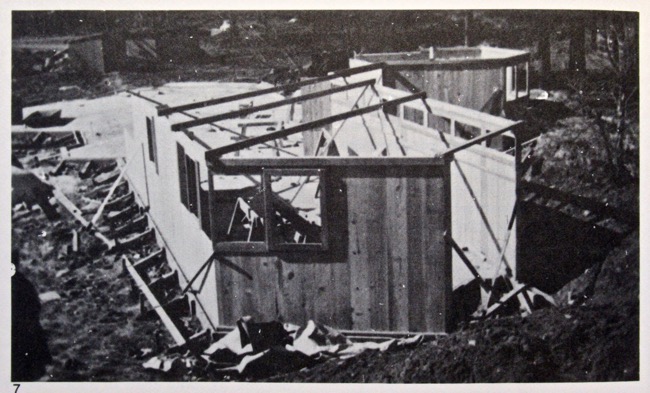 
Early Usonians with shelves supported by individual rectangles ("fin supports"). Rosenbaum has a stiffener (?) above the shelves. 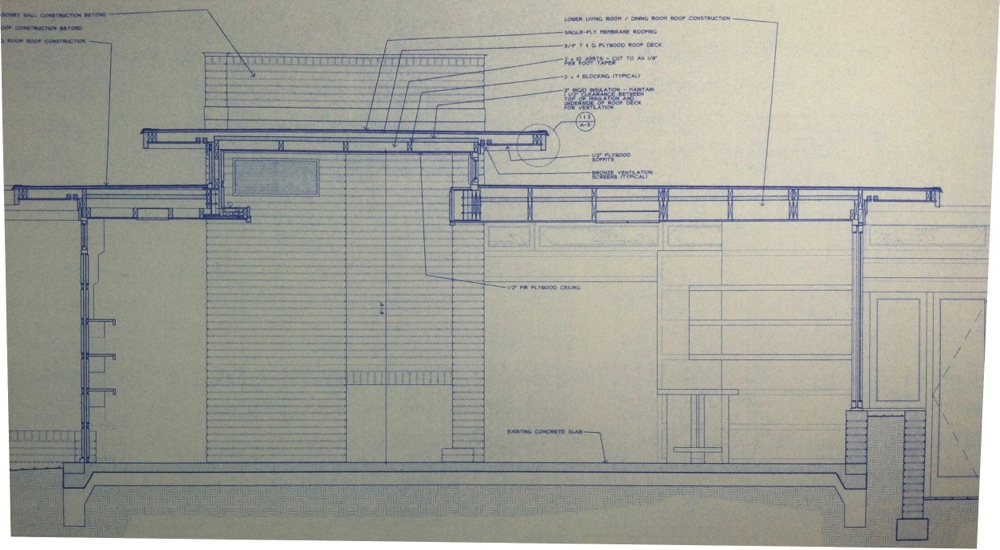