Page 3 of 3
by SDR
Who knows; it's probably lighted, whatever it is. No one could accuse Wright of being a minimalist !

It appears to be suspended by three chains---if that's what the dotted lines are.

S
by Roderick Grant
Since the construction is a computer image, why not do both? With a ramp, without a ramp. One value of these efforts is to see what FLW had in mind, as well as what the final product was to be. The evolution of a design could tell volumes about his process.

Ennis, for instance, became something FLW disapproved of so adamantly that he disowned it. Then he remodeled it. So why not have what he designed to begin with, what Mabel Ennis' alteration did to the design, and what Nesbitt could have had if he'd followed through? To compare images of what FLW wanted to get from his fenestration, and what Mabel got instead, would be very illuminating.
by David
You are absolutely right Roderick. One of the versatility of computer recreation is precisely to explore different paths.

Regarding the lamp or ornament that appears in the section drawing, it disappeared in the final drawings, Wright added instead six more simple pendant light fixtures, which hung from the corners of the main skylight and that to some extent remind me of this one: 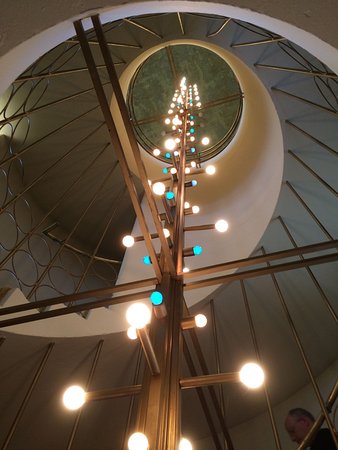 Regarding Wright's lack of minimalism, I have always thought that his taste for ornament is one of the reasons for his popularity.
by SDR
The question that that statement begs is, which period(s) of time, before and/or after Wright's death, does it apply to ? When has the appeal of Wright's ornament been at its strongest ?

And, to what degree have those appreciating the work been able to---or have wished to---separate the decoration from the larger content, and meaning, of that work ?

S
by David
Why was Wright the only really popular architect of his generation? Popular in the sense of widely acclaimed by the general public. If we compare him with Mies, Le Corbusier or Aalto, no other architect was so famous outside the profession.

I do not have an answer to that but I intuit that the question of adornment connects widely with the people without being, by any means, the only reason.
by Matt2
I don't know that Wright was the only really popular architect of his time. Someone would have to really track his public presence through articles and media appearances to really get an accurate idea on the public perception of the man. I would imagine many heard of him, but only knew the big works like Guggenheim. Other architects of the era were also publicized like Nuetra, Eames, Edward Stone, and others.

As far as ornament goes, I have long felt that there was a time in the 19-teens when Wright doubled down on ornament in many unbuilt projects. By the 1930s he had given up on that and streamlined his work. About the only decorative elements in the Usonian houses were the perforated wood elements. I think he real appeal was often the long dramatic horizontal lines of his designs.
by SDR
It's difficult to put one's finger on who his primary target was, and whether and how that may have shifted over time. Was it his fellow professionals ? Was it the public, and the so-called popular imagination ?

In any event he was unique, perhaps in all of the ways we have discussed so far: the work itself, his presentation of himself and the work, and the reception from colleagues/"competitors," the press, and the public.

S
by Matt2
Not sure what you mean by "target." And my comments were not in any way meant to put Wright in the same category as other architects. He wasn't.

My take on Wright is that he was that strange thing called a genius who saw possibilities far outside of any trends or fashion. He, like Picasso, invented several architectural vocabularies. Like Shakespeare he wasn't of a time, but of all time. Whether people of his time actually recognized that is another matter. Some clearly did...clients, apprentices, and others in the field.
by SDR
Target: there must be a better word; maybe I meant intended audience ...

It's hard to know or recall, now, what Wright was to the average American by 1959. I do know that he wasn't touched by any faculty when I was in design
school in the early 'sixties. One got the feeling that he was somehow beyond the pale---or at least, off the table. The work, even some of the newest from
Taliesin at that time, would then have been, of course, alien to the conventional MCM adherent, which itself in turn was distinctly avant-garde and perhaps
suspicious, to the lay audience. 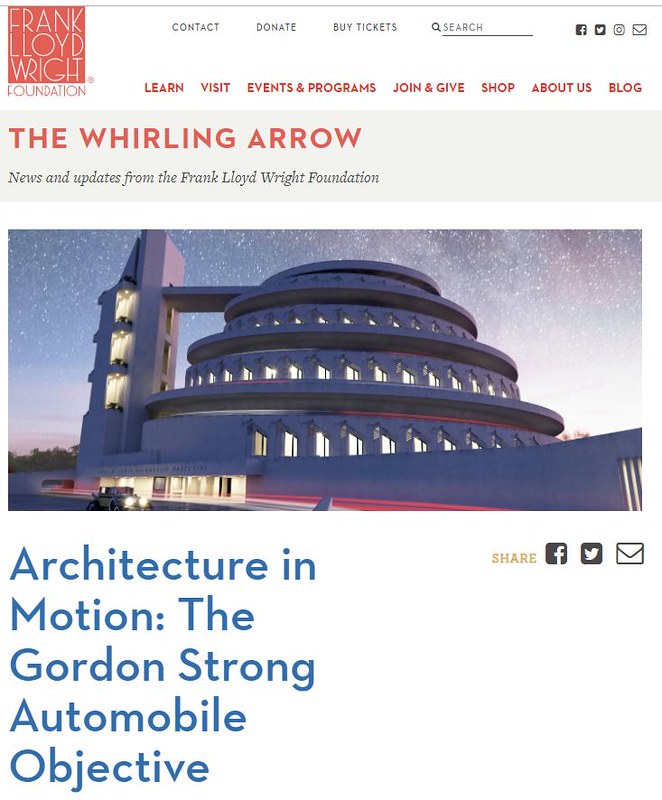 The FLLW Foundation quarterly magazine has been kind to show online the article dedicated to the Gordon Strong project, in which my illustrations appear, some of which had not been seen online to date:

And on the other hand, it is already possible to see the cover for the next magazine, which the FLLW Foundation has shared through Twitter and which also includes my illustrations: 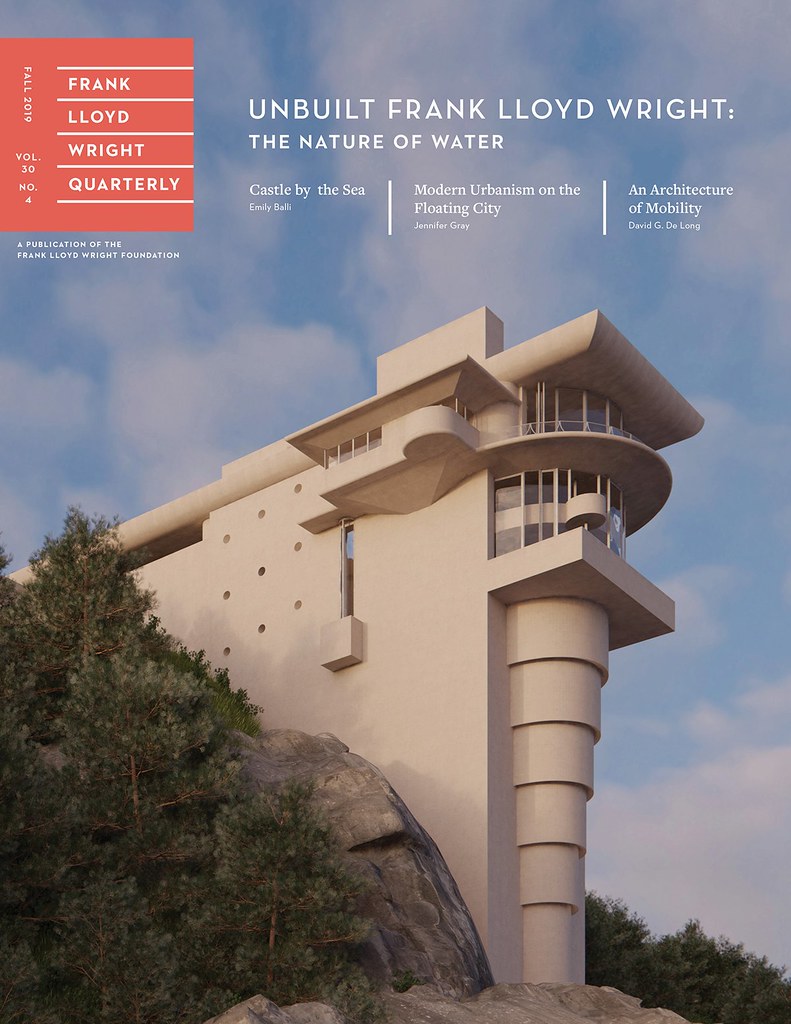 The nine porthole windows at left in the view of Seacliff might be following the path of a ramp. Is that the case ?

S
by David
So is!

The design includes some stone-finished partitions, specifically the fireplace area, but they are not visible from the outside.

For this project, there are complete constructive drawings.

I have also modeled version two of this house for the magazine, whose design instead was much more preliminary.
by SDR
Bravo ! Will love to see the second Seacliff, too. On the other subject, hadn't realized the famous image of the Tower of Babel was the work of Breughel . . .

I'll post some of what I have on the Seacliff projects, from the published sources.

by DavidC
THESE RENDERS OF FRANK LLOYD WRIGHT’S DESIGNS TAKE YOU TO AN IMAGINARY WORLD!